Award of Fellowships by Center for Global Polytheist & Indigenous Traditions 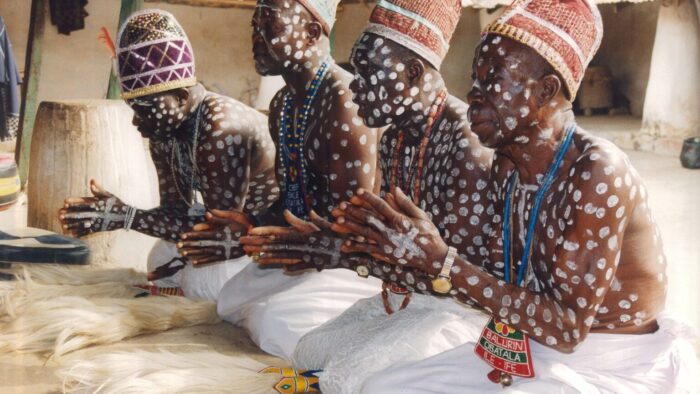 The Center for Global Polytheist and Indigenous Traditions at Indic Academy (CGPIT) is pleased to report that the fellowships announced on March 26 (https://www.indicacademy.org/research-fellowships-on-global-polytheist-indigenous-traditions/) have been awarded.

In the category of African Traditional Religions: Preservation & Promotion in the 21st Century & Beyond, Oluwo Olawole Olakunle of Nigeria, a babalawo (or priest of Ifá), has been awarded $1600 to develop The Ifá Podcast and livestream, which will dispel stereotypes about Africa’s indigenous spirituality and present accurate, undiluted information about this tradition with an inspiring, futuristic vision targeting a global network of African millennials, research institutes, technologists, students, local priests, government institutions, and diaspora networks.

In the category of Reviving Polytheisms, $1600 has been awarded to Justin Shaffner, an anthropologist and research associate at the University of Michigan, for his project Boazi-Anim Cultural Revival, which seeks to aid in sustaining and renewing the indigenous traditions of Anim speaking communities in Papua New Guinea, who have been severely impacted by colonialism, resource extraction and evangelical Christian activity, including the willful destruction of cult houses and relics. The portion of Shaffner’s project being funded by CGPIT is a text, written in close consultation with Anim elders, outlining the current status of Anim traditional knowledge practices and their own account of the history of the cosmos, including the onslaught of modernity through their own first-hand experience, toward developing a counter-epistemology from which to better affirm and appreciate Melanesian religious experience and perspectives and contribute to the understanding, preservation and revitalization of Anim speakers’ distinctive cultural heritage and history.

Finally, also in the category of Reviving Polytheisms, $1600 has been awarded to Stefanos Spanopoulos of Greece for his project, A Theoretical and Practical Reconstruction of the Arcadian Mysteries of Hekate-Despoina, which recognizes the need in revived polytheisms for the development of new Mystery cults directly inspired by the surviving information of their ancient counterparts while simultaneously responding to modern problems and needs. Accordingly, Spanopoulos plans to undertake a careful study of historical material on pertinent Mystery cults of antiquity, synthesize the theological framework necessary for the seamless insertion of a new Mystery cult into contemporary Hellenic polytheism, and create a step-by-step guide for its application.

The projects being funded through the CGPIT fellowships embody the Center’s vision of fostering mutual understanding and alliance among all polytheist and indigenous traditions worldwide and aiding in their maintenance, interpretation, renewal and promotion. By supporting a priest in an ancient, continuous African tradition, a revivalist of a sundered European tradition, and an anthropologist helping Indigenous people of Oceania strengthen their threatened tradition on their own terms, these three fellowships express the essence of CGPIT’s mission, a triangle composed of continuous traditions, revived ones, and new intellectual models of engaged scholarship deployed on behalf of both.