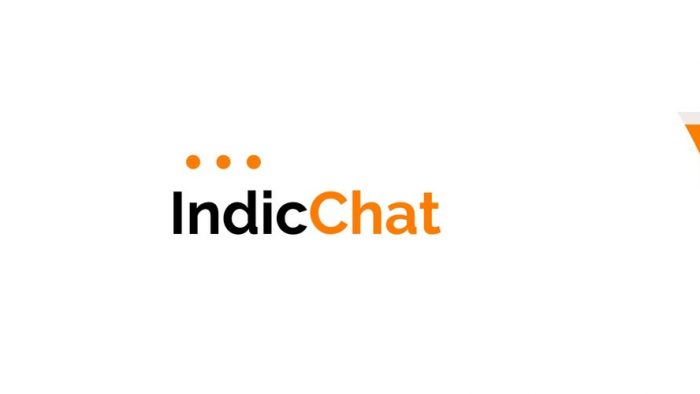 Indic Academy hosted the following webinars with popular authors, scholars, artists and activists in the year 2018-19. Below is the annual summary for the year 2018-19 of Indic Chats.

The Buddha & The Bitch – Two Women, Two Worlds, One Practice

Rashma and Karen are the authors of the book The Buddha & The Bitch. 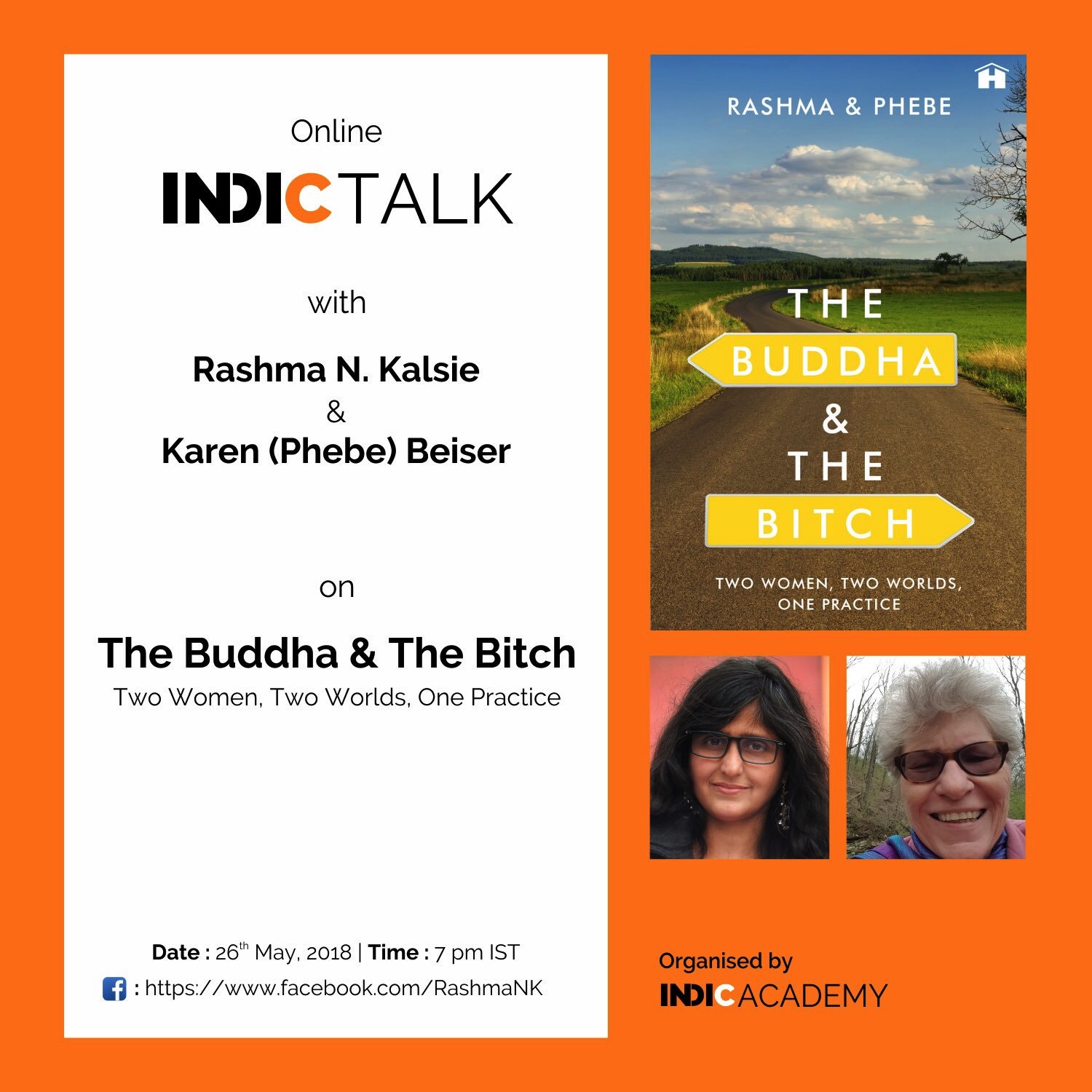 Rashma N. Kalsie is an Indian writer-playwright based in Australia. She is the founder of Indian Diaspora Dramatics Association. Rashma’s work besides novels and plays includes the plays Padma Shri Prahasana (India Habitat Centre, Delhi), Melbourne Talam (Southbank Theater followed by seven city tour of regional Victoria, Australia). She is currently a research associate at Vision India Foundation, New Delhi. She has published articles and short fiction in print and online magazines as well.

Phebe (Karen) Beiser is a longtime feminist and lesbian activist since the 1970. She has been teaching at Women Writing for (a) Change sporadically since 2006. After retiring as a librarian at The Public Library of Cincinnati & Hamilton County, she took the Feminist Leadership Academy under founder, Mary Pierce Brosmer. A longtime member of the New Media Circle, she records and hosts podcasts. Her special loves are poetry, nature, dogs, and Eastern spirituality. After a trip to India, she and a fellow traveler published a coffee table book, Goddesses on the Ganges.

Reimagining the Past Journey of Women in Ancient India – 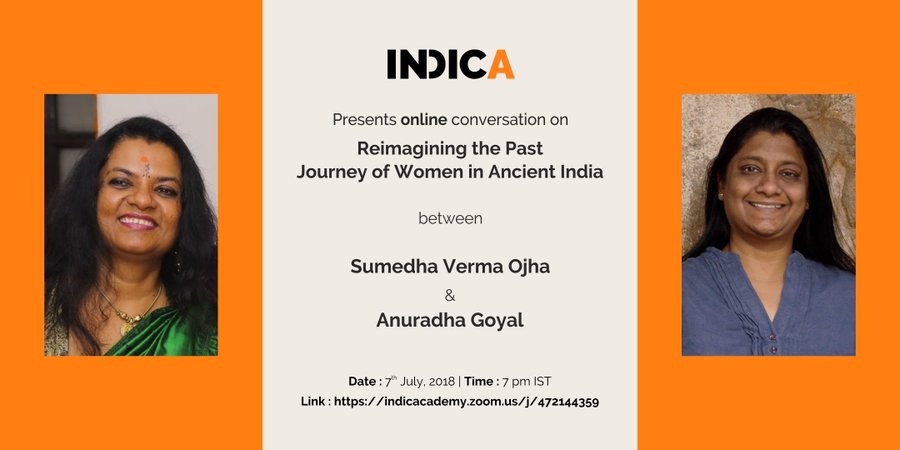 Sumedha Verma Ojha chats with Anuradha Goyal on the role of women in ancient India. Sumedha Verma Ojha is a prominent Indic author, columnist and speaker. She is a former Indian bureaucrat and the author of the popular Mauryan series Urnabhih and  The Ramayana. Sumedha works in the area of translating and explaining the epics and bringing ancient Sanskrit/Prakrit literature into the modern world, also covering a gendered analysis of ancient India.

Anuradha Goyal is an author and avid travel blogger. She has travelled extensively across India and over 18 countries across the world. She has  spoken at Tourism conferences, Travel and Tourism Events, Student community events and mentored a few startups in travel space as well.

Modern Hinduism in Text and Context 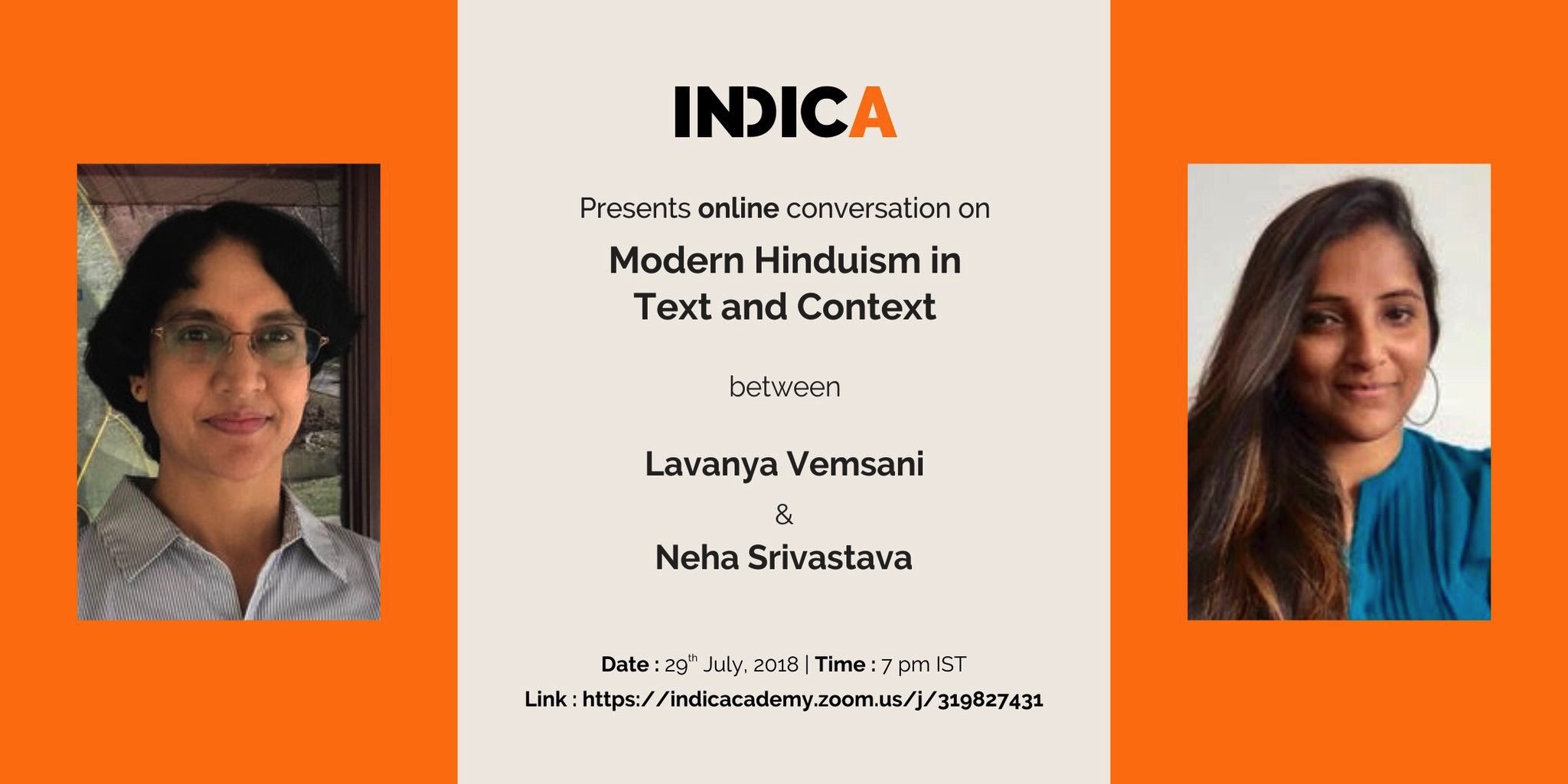 Prof Lavanya Vemansi  is a scholar and professor of History specializing in Indian History and Religions, in the department of Social Sciences at Shawnee State University in Portsmouth, Ohio. She is the author of Hindu and Jain Mythology of Balarama and a number of articles on early History & Religions of India. Her second book Krishna in History, Thought, and Culture: An Encyclopedia of the Lord of Many Names is an encyclopedic study on Krishna.

Neha Srivastava is the founder of the Shaktitva Project, an organization that aims to create a narrative for Hindu women by Hindu women. She is a software engineer by profession, an activist, socio-political commentator and writer.

Ready to Wait – Social Media in the Service of Dharma

Anjali George, Shilpa Nair and Padma Pillai spearheaded the “Ready to Wait” social campaign which asserted their willingness to respect the traditions regarding entry into Sabarimala temple. Their social media campaign with the hashtag #ReadyToWait, soon gained momentum as Hindu women from all over the country and the world, took to social media to show their support. 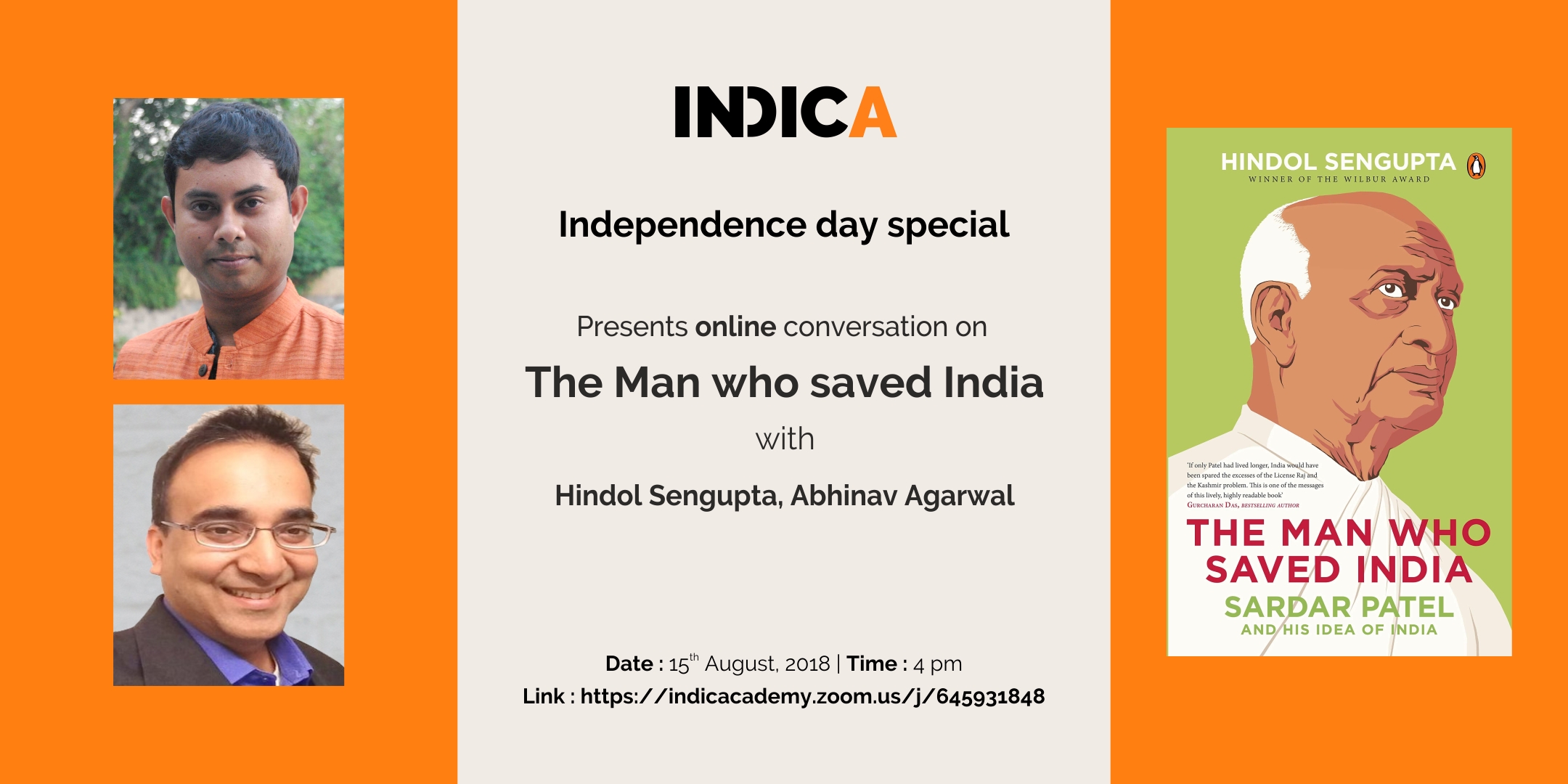 Indic Academy’s Abhinav Agarwal chats with author Hindol Sengupta about his latest book The Man Who Saved India. Hindol Sengupta is an award-winning Indic author who graduated with a degree in South Asian history and politics from Worcester College, Oxford, as a Chevening Scholar, in business and finance as a Knight-Bagehot Fellow at Columbia University, and in journalism and filmmaking at Jamia Millia Islamia and Delhi University. 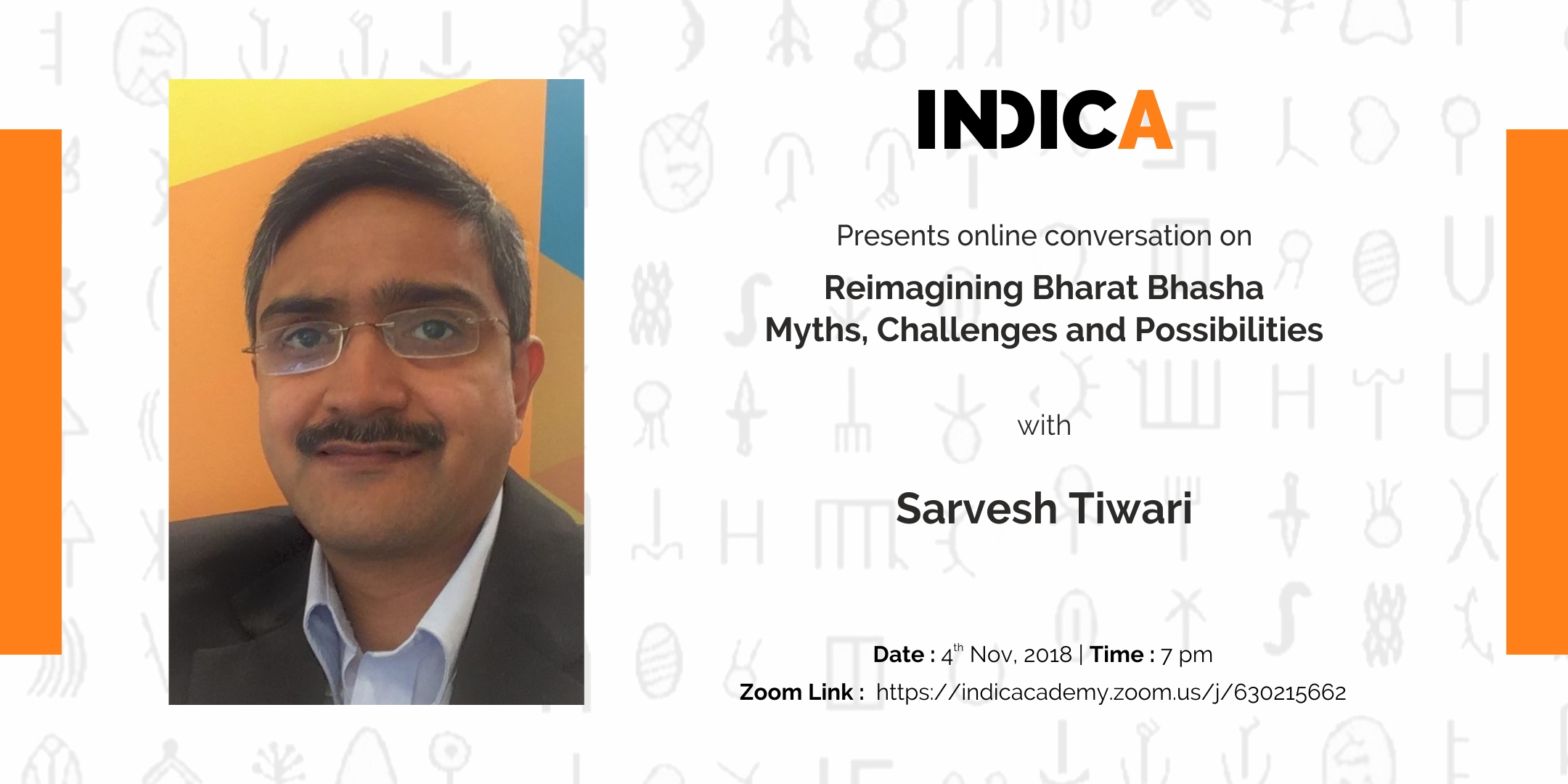 Sarvesh Tiwari is an Indic researcher, blogger and writer with a keen interest in Indic history and civilization.

Dimple Kaul is a poet, columnist and the author of the book Soul Call of Love & More – A Collection of Poems.