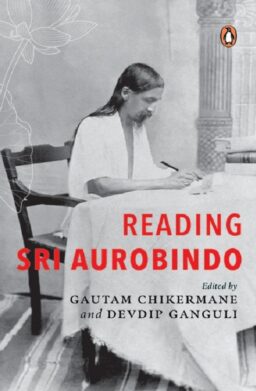 India, over the last decade in particular, has been on a journey of re-discovering her cultural roots and its glorious history. Indian history has been examined with a critical eye and is now being re-written in the voice of our 5000-year-old civilization, jettisoning the colonial imprint and distortions. A part of this journey towards self-discovery, has brought to the forefront of our national consciousness, icons from our past, whose presence has been marginalised or even deliberately erased. Reading Sri Aurobindo is an important milestone in this journey.

Sri Aurobindo, was born on 15th August, 1872. Very few of our countrymen today, are familiar with Sri Aurobindo as one of the most towering personalities to have lived in the last thousand years. His scintillating intellect illumined several domains that came into his purview, with brilliant insights: Indian culture, India’s freedom movement, Sanatana Dharma, Vedas & Upanishads, mystic poetry, literature, human psychology, evolutionary philosophy, social philosophy, and yoga. His contributions have been as significant as they have been diverse. When one examines several hundred years of history, one rarely finds a comparable figure with such enormous contributions to this land of Bharat– only Abhinav Gupta from the tenth century stands out.

Sri Aurobindo’s life, in its initial years, was dedicated to India’s freedom struggle.That Reading Sri Aurobindo is being released in the 75th year of India’s independence, is indeed felicitous. This book makes it easy for readers to familiarise themselves with the main themes of Sri Aurobindo’s thought in various fields.

Sri Aurobindo was a prolific writer. The Complete Works of Sri Aurobindo (CWSA) runs into 36 volumes and nearly 25,000 pages. This is the first difficulty a reader who attempts to read Sri Aurobindo faces – which books to begin with, in this large collection. An unfamiliar enthusiast may dive eagerly into The Life Divine, only to find the progress slow; Letters on Yoga or Essays on The Gita, on the other hand, could have made for an easier beginning.

Reading Sri Aurobindo, is a welcome book for those who wish to know the important themes in Sri Aurobindo’s writings and gain a broad perspective of Sri Aurobindo’s thought. Each chapter in this book covers, within a few and eminently readable pages, one volume from CWSA. Some of the themes explained here, and the words of Sri Aurobindo quoted in this book, inspire readers to explore further his original works.

“…This greatest movement of Indian spiritual mind has a double impulse… a highest vision which sees the possibility not only of an ascent towards the Eternal but of a descent of the Divine Consciousness and a change of human into divine nature.”

[The Renaissance In India]

“The soul of man is a world full of beings, a kingdom in which armies clash to help or hinder a supreme conquest, a house where gods are our guests and which the demons strive to possess; the fullness of its energies, wideness of its being make a seat of sacrifice spread, arranged and purified for a celestial session.”

[The Secret Of The Veda]

Each chapter of Reading Sri Aurobindo provides in the opening paragraphs, a historical background to the writings and this helps reader place the writings within the relevant context. The chapter on Bande Mataram: Political Writings & Speeches, for instance, indicates how Sri Aurobindo emerged as a figure of national prominence in India’s struggle for freedom by 1908 and how the British were keen to incarcerate him: “The most dangerous man in India”. This background helps the reader related to the impact Sri Aurobindo’s political writings had across the country.

The chapter on Life Divine is a testimony to the usefulness of Reading Sri Aurobindo. It presents a glimpse of the expansive philosophical framework of Sri Aurobindo coherently within a few short pages. The task is unenviable, as known to anyone who has read the magnum opus of Sri Aurobindo. Many sections in The Life Divine leave the reader, in a state of astonishment at the glorious prospects of human evolution or in a state of meditative contemplation of the sublime heights, humanity is to scale. In its language and content, The Life Divine is also a tome that poses significant intellectual challenge to many readers. Yet, the evident familiarity of this chapter’s contributing author with Sri Aurobindo’s works and with the yoga, makes it possible for him to provide the reader with the contours of the glorious trajectory of the evolution of human consciousness, as envisaged by Sri Aurobindo. No doubt, this chapter is an excellent beginning towards The Life Divine.

To write on Sri Aurobindo’s philosophy or yoga, it is necessary to have knowledge of several of his works, for at least a few years. Familiarity with one or two of his works, is an insufficient basis to embark enthusiastically upon a translation of or a commentary on the relevant subject. One needs to gain a more holistic understanding of the nuance of language Sri Aurobindo uses, his philosophical thought, the flow and structure of his expression, etc. before writing on Sri Aurobindo’s works or philosophy. This approach allows for a ripening in one’s own understanding – gradually and steadily. One of the remarkable aspects of Reading Sri Aurobindo, is that it brings together several notable writers, each of whom individually, has been associated with Sri Aurobindo’s literature for many decades. Several of them have books as well as research publications to their credit. Almost all of them are followers of Sri Aurobindo’s Integral Yoga in their own inner journey – and this aspect of special significance when any spiritual literature is concerned. The ensemble of contributing authors to this book, is a credit to the editors. It assures the readers that material in the book is authentic, original and that it maintains fidelity to the philosophy of Sri Aurobindo.

It is interesting to note that each chapter of Reading Sri Aurobindo is sub-titled as “Reading” by the respective authors. It is neither a “summary” nor an “overview” of the specific volume. This approach allows the concession necessary for each author to place before the reader, his own unique understanding of the topic, without a claim that it is a “comprehensive summary”. The authors therefore side-step the significant difficulty of summarizing each volume of CWSA. This is a creative avenue explored by the editors of this book.