Book Review: India In The Eyes Of Europeans By Martin Farek (Part-I) 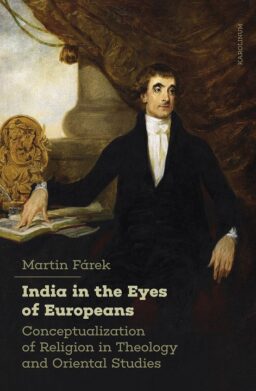 ”India in the Eyes of Europeans”. The very title of Prof. Martin Farek’s book encapsulates the subject of his study. In a nutshell, Farek’s book is about how European intellectuals (in Indology and other fields of social sciences) have studied and described India over the centuries. Unlike some other books about India, Prof. Farek begins the introduction of his book straight away with precise research questions, which is refreshing to see in a book about South Asian/India studies: ”What kind of knowledge does Indology and other related disciplines actually offer as branches of Oriental Studies?” ”How have Europeans actually understood the thought and behaviour of Indian people.” In other words, ”how have they approached the otherness of Indian culture?” And why should we as Indians care about how India has appeared in the eyes of Europe? This last question is not posed by the author, but addressed to the audience by the reviewer. As I show at the end of the review, the answer to this question has important consequences for Indians trying to understand their own culture[1].

Prof. Martin Farek, a Czech historian and religious studies scholar, has been rigorously exploring and looking for answers to the above questions for decades. In his book, he comes to the conclusion that the social sciences, far from producing knowledge about the Indian culture, has created a deformed image of that culture. This is because Europeans are trapped within their cognitive cultural limitations, which delimits the range of questions they pose, and consequently the descriptions they provide, about other cultures. The bulk of the book deals with pointing out and explaining the theoretical framework that European Orientalists across different time periods and regions have shared in common. This is evidenced by the continuity of topics, questions, and explanations exhibited by the European literature on India. Farek draws attention to the fact that the European treatment of the otherness of Indian culture precludes their perception. A significant factor in the West’s failure to understand India is the conceptualization of the Indian traditions as ”religion”. This conceptualization is filled with anomalies and has caused many problems, which is the main subject of the author’s analysis. Even a casual conversation with English speaking Indians shows that there is a confusion in understanding everyday concepts in the English language such as religion and faith.

Although Prof. Farek’s analysis focuses on the writings of Orientalists, he notes that it the Western interpretation of Indian traditions originate in the works of Protestant missionaries from the eighteenth and nineteenth centuries. Despite their differences, these two groups shared some fundamental views of Indian culture and religion, which are rooted in Christianity. The author’s premise is that these Christian ideas continue to serve as the ground on which the current humanities and social sciences stand on, albeit in a secularized form.

Paradigms and Theories in the Study of Indian Culture

In the introduction, Martin Farek outlines three competing paradigms or theoretical approaches to the study of Indian traditions. The first are the Oriental studies. It is a multidisciplinary field that ranges from linguistics to archaeology. Linguistic competence, a knowledge of Sanskrit as well as at least one modern Indian language is a prerequisite qualification to do Oriental research. It is the work of Orientalists that formed the basis for modern social sciences, as well as the habitual opinions and common stereotypes we hear about India today. The second paradigm is the field of postcolonial studies which is a critique of Orientalism. Postcolonialism claims that the concepts created and used by Oriental studies such as Hinduism and Buddhism, are constructs of colonialism and don’t refer to any existing phenomena in India. Unfortunately, most postcolonial intellectuals tend to focus on the political aspect of Orientalism. Orientalism as a field was created by a class of Western intellectuals who were part of the ruling colonial class. Edward Said, considered by many to be the father of postcolonial studies describes Orientalism as a ”Western way of dominating, restructuring, and having authority over the Orient”[2]. There is no doubt some truth to this, as one of the reasons the British Raj commissioned intellectual enterprises in gathering knowledge and facts about different groups in India, was so that they can more efficiently categorize and rule their subjects. However, by focusing on the political aspect of Orientalism, postcolonial intellectuals tend to miss the important insights provided by Edward Said about the nature of the theoretical framework used by the Orientalists. Said drew attention to the legacy of Christian theology and its role in the formation of secular humanities; there is a long term continuity of theological thinking that was inherited by the secular social sciences. Unfortunately, the British rulers’ interpretations of Indian culture were accepted and reproduced by the native intellectual elites.

This brings me to the third research paradigm discussed in Prof. Farek’s book, namely, the Comparative Science of Cultures program. This research program was started by Prof. S.N. Balagangadhara of Ghent University and focuses on the problematic use of the concept of religion and its use in the study of non-European cultures. Balagangadhara’s research program focuses on the framework of Christian theology. He has showed through his research that the theological paradigm has had a fundamental influence on Oriental studies. The assumptions of that paradigm have become the axioms of the social sciences. Balagagangadhara shows us that the theological framework has transformed the radical otherness of pagan cultures and traditions (like India) into a negative image of Christianity: ”By imposing this universal claim on explicating both Christianity and all the other traditions and cultures of the world, the theological paradigm bars us from appreciating and comprehending their otherness.”

Martin Farek ends the introduction by stating the research questions his book analyses and discusses, in the order listed:

The European Search for Religion in India

The second chapter of this book focuses on how and why the European Orientalists and Indologists conceptualize the Indian traditions as religion, with a specific focus on Czech Indologists. Martin Farek begins the chapter by outlining the standard story as presented in Czech textbooks. A long time ago, there used to be one Indian religion, the Vedic religion. Its propagators were Aryans, the noble Indo-Europeans who arrived in India from their Indo-European homeland in approximately 1500 BC, they subdued the indigenous people of the subcontinent, and absorbed them into their socio-religious hierarchical caste system as the lower castes, with the Brahmin priests occupying the top of the social pyramid. The Brahmins had a privileged social position because of their knowledge of rituals. This resulted in the second phase of the development of the Indian religion known as Brahmanism, where religion became dominated by empty rituals with sumptuous offerings just to please the Brahmins. This eventually resulted in protest movements in the form of Buddhism and Jainism. Brahmanism gradually became Hinduism by absorbing a number of Buddhist and Jain elements. For over eighty years, this has not only remained the standard description of Hinduism in Czech scholarship and books about India, but also in literature about India in general.

Throughout this chapter, Prof. Farek demonstrates a number of problems with the standard description of Hinduism. Up till today, nobody has come up with a satisfactory definition of Hinduism, and there is confusion and disagreement in the scholarly literature over what exactly constitutes Hinduism. A common pattern found in the Czech Indologists’ definition of Hinduism is that it is described as a social organization defined by religion. If this is the case, then it should be possible to clearly outline the doctrine of this social system. On one hand, the doctrine of Hinduism is said to be tolerant, and free from imposing any dogmas on its adherents. On the other hand, the caste system is said to be highly rigid, and consisting of a plethora of commandments and prohibitions. Right away one sees a contradiction. If the caste system is derived from the doctrines of Hinduism, and these doctrines are highly tolerant and don’t impose any dogmas on the believers, then how can the caste system be rigid?

Within the description of Hindu doctrine itself, the author shows how Czech scholars have contradicted themselves. Dusan Zbavitel says that Hinduism is not a unified religion with firm dogmas. We find in Hinduism ”irreconcilable philosophical schools, belief in innumerable deities alongside to monotheism, absolute fatalism and determinism, as well as the belief that man creates his own fate and destiny”[4]. Therefore, Hinduism becomes a complex of all possible positions, even those that are contradictory and mutually exclusive. On the other hand Czech Indologists also identify several so called Hindu doctrines shared across multiple traditions, such as the soul, transmigration, and the law of Karma. These doctrines are supposed to be contained in the Upanishads, which the Czech Indologists consider to be one of the central scriptures of Hinduism.

Martin Farek summarizes some counterarguments to the position of the Czech indologists. Firstly, according to Zbavitel’s definition of Hinduism, Hinduism consists of a hodgepodge of irreconcilable and contradictory beliefs. How can these beliefs taken together form any sort of coherent doctrine? Secondly, the so called doctrines of Hinduism such as law of Karma, and rebirth are not shared across the various Indian traditions. The ascetic Ajivikas argued against the law of Karma, and many or most of the Indian traditions are not grounded in any texts, much less the Upanishads. Finally, the European Orientalists and missionaries found that most Hindus are unaware of their so called sacred texts. For example, the Czech anthropologist Otakar Pertold observed that the Katkari tribe worshipped Hindu deities along with other creatures that were not found in any texts. We as Indians observe many tribals in India who venerate and perform rituals to spirits (referred to as pisasu) that are not found in any of the traditional Sanskrit texts. Based on the above evidence, Farek concludes that the Indian traditions neither have doctrines or sacred scriptures.

But if texts such as the Vedas and Upanishads are not sacred texts, what are they? What makes the Hindu society religious?

[1]FÁREK, Martin. India in the Eyes of Europeans Conceptualization of Religion in Theology and Oriental Studies. Prague: Karolinum Press, 2022, p. 11. 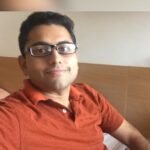