A tale of two friendships! 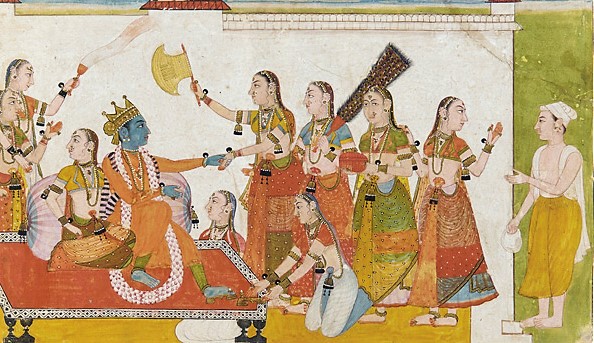 This is a story straight out of Mahabharata.

In the Vedic period, Bharatvarsha was an assortment of kingdoms – one of which was Panchala, whose crown prince and heir apparent was Drupada. When he was a kid, as was the tradition in those times, his father, King Prishata, sent him to a Gurukul, where he met and bonded with a Brahmin kid named Drona, son of Rishi Bharadwaja. Drona was an exceptional student, great athlete and a genius with weapons. Drupada was competent. They became bosom buddies.

One day, in a surge of youthful emotions, Drupada promised to give away half of his kingdom to Drona, when he became king. Both of them laughed at Drupada’s bravado and neither of them took it seriously.

After their graduation from their Gurukul, Drupada went back to his father’s kingdom and in due course became King. Drona became the foremost expert in the land on weaponry and statecraft, but continued to lead a life of poverty and want. He married Kripi and had a son – Ashwathama. His circumstances were dire.

One day, Drona saw his son being humiliated by his friends because of his poverty and could bear it any longer. He remembered his friend, Drupada, now a king, and decided to seek his help. He went to Panchala, entered the royal assembly with pompous familiarity, as if he were not meeting a king, but an equal. He did not seek help, instead gently demanded it, reminding Drupada of his promise made years back, in a fit of youthful energy.

Drupada looked back at Drona, after all these years, and did not see a friend-in-need, asking for help, but a beggar bragging of old friendship, and demanding compensation for some childhood joke. He had Drona virtually thrown out of his royal court, telling him friendship only counts between equals. Drona left, seething with humiliation and fury, and swore revenge.

In a strange twist of fate, Drona manages to get himself appointed as the martial teacher of the Kuru princes (Pandavas and Kauravas). His days of penury are over. He starts plotting revenge. He focuses on Arjuna, makes him the foremost archer on the planet, and in return, as Guru Dakshina, Drona asks Arjuna to defeat the Panchala king, Drupada, and gift him half the Panchala kingdom. Arjuna does it. Drona reminds a vanquished Drupada that now they are equals. But their friendship is fractured.

In true Godfather style (revenge is a dish best served cold), Drupada bode for his time. He conducted a Yagna – a Putrakameshthi Yagna – invoking the deity to bless him with a son who will kill Drona. So was born Dhristadyumna, who went on to kill Drona in the epic 18-day war at Kurukshetra, albeit with some cunning aid from Krishna and Yudhishthira themselves.

So, this is the first tale of friendship, which turned sour as children grew up to become adults.

This is another story of friendship, told and retold from the Bhagawata Purana.

When Lord Krishna was Little Krishna, he and Balaram studied at the Gurukul of Sage Sandipani, in Ujjain (in some retellings, it is said to be in Vrindavan). There they met and made friends with a young Brahmin boy called Sudama. Krishna fell in love with his cute, innocent friend. Vice-versa.

One day, Krishna and Sudama were wandering in a nearby forest and lost their bearings. So they had to spend the night in the jungle. Naturally, they were hungry. Krishna asked Sudama if he had anything to eat. Sudama had some raw gram with him. But he was too embarrassed to share it with Krishna. He knew Krishna was a nobleman. So Sudama did not share the gram, ate some of it when he thought Krishna was asleep and let the Lord of the world go hungry.

Time flew. Krishna grew up and became an elite nobleman of Dwarka. He made friends with the Pandavas and played the Leela that he had descended on this earth to play. Sudama grew up to live in dire poverty, but with his mind and heart immersed in worship of the Lord. He lived an austere life, with sadhana, mantra and japa as his companions. He later married Susheela, a simple lady, who like him, had not much interest in accumulating any worldly wealth. Both of them lived simple, austere lives.

But soon they had kids. Such lives are not for householders. Their kids used to complain of hunger, regularly went to bed with their stomachs empty and often fell ill. One day, Susheela gently requested Sudama to approach his friend, Krishna, the Lord of the universe, for assistance.

Sudama looked at her with mixed feelings. On the one hand, he did not like the idea of asking his friend for help. On the other hand, his heart swooned at the thought of meeting his childhood friend after such a long time. Krishna had now grown in Sudama’s heart in such a way that he had become a devotee. He agreed to go.

Not knowing what to offer his childhood friend as a gift, Sudama asks Susheela to pack a bundle of Poha, which they recollect was Krishna’s favourite dish in the ashram. The bundle of humble Poha hung to his waist and a mixture of trepidation, love and devotion in his heart, he set out (from what is modern day Porbandar) for Dwarka. Would his rich, noble friend, the Lord of the universe, even recognize him?

Of course, Krishna recognized him. And how! He ran out of his palace, hugged Sudama, welcomed him inside, made him sit on the throne, himself sat on the ground, washed Sudama’s tired limbs with water and sandalwood and told everybody he met that his childhood friend had come to visit him. In a short while, the palace looked like it was celebrating a festival. Guards wondered. Who the hell was this guy? He looked like a beggar. But their Lord was going berserk in doling out hospitality. Rukmini, the Goddess of Wealth, the consort to the Lord, was fanning him!

Sudama himself was embarrassed, overwhelmed by the attention, uncomfortable in the glow of unaccustomed-to hospitality, awkward in his manners, but grateful in his heart.

Krishna made Sudama comfortable by enquiring about his family, reminiscing of their childhood days in the ashram and telling his queens what an amazing time they had as kids. Then Krishna saw the bundle tied to Sudama’s waist and naughtily asked what it was.

Suddenly, Sudama felt small. His gift felt insignificant. The opulence of the palace shadowed his meagre offerings. But Krishna was quick to see through his feelings. He insisted that Sudama give him the bundle, opened it himself and screamed excitedly when he saw his favourite dish – Poha. He took one handful and put it in his mouth. He took another mouthful again. As he was taking the third, Rukmini, the Goddess Incarnate of Wealth, stopped him, and said, “Lord, enough! You have given for seven generations!” Sudama wondered what she meant. But Lord Krishna stopped. Normal conversation continued.

Finally, it was time for Sudama to leave. He hugged his friend again and with his heart soaring, he returned to his village, feeling a twinge of remorse that he had not asked for financial help. What would he tell his wife? How would he feed his kids? But as soon as he entered the village, he saw that his house had become a mansion. His wife and kids rushed out of the mansion, decked in opulent clothes, happiness brimming in their faces.

That’s when Sudama realised what Rukmini Devi meant. With each mouthful of Poha, Lord Krishna had, in his infinite grace, bestowed untold riches to his friend and devotee, without even being asked for anything.

Sudama spent the rest of life singing the Lord’s glory, his mind and heart immersed in faith.

These two Kathas – one from Mahabharata, and the other from Bhagawat Purana – are similar in many ways, yet different in many ways.

To begin with, they are tales of friendship that blossomed in their childhood. In both cases, one of the two pairs of friends was from an opulent and privileged pedigree, the other was from a humble background. Yet, an innocent friendship evolved. Then friends got separated and went on with their respective lives. The poorer friend faced tough times and decided to seek the help of the opulent one. So far, the two tales are similar. From here on, the stories take a twist.

In the first story, Drona demands financial support from his rich friend, believing that their friendship would still be the same after all these years. He is disappointed at being snubbed. Friendship turns into sworn enmity.

However, in the second story, Sudama knows that circumstances have changed and his friendship with Krishna might not be the same after all these years. Yet, he takes a friendly offering, just in case. He is pleasantly surprised. He receives much more that he offers, even without asking. The bond of friendship deepens! 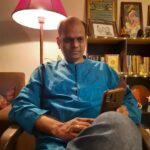 Gullapalli Kalyan lives, works and writes out of Mumbai, India. Reading has been a childhood passion of him. Kalyan has authored and published an ebookRead more