Tripurarahasya and the Journey of the Seeker 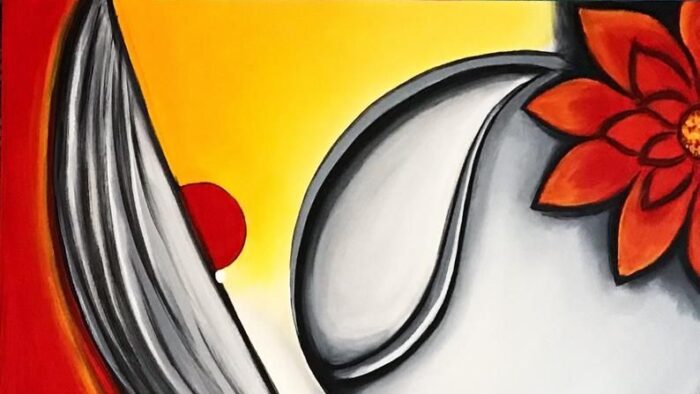 As the usual celebrations around International Women’s Day abound, one is met with the constant question – what does being a woman mean to you? And as I reflect on being a woman, I am reminded of the inspiring story of Hemalekha.

Hemalekha is the love-child of the celestial nymph Vidyutprabha and Sushena, the king of Vanga. She is left on the banks of the river Vena and grows up in the care of Sage Vyaghrapada, the same sage famous for being blessed with the darshana of the anandatandava dance of Lord Shiva at Chidambaram, along with Sage Patanjali.

Under the guidance of such an illustrious father, Hemalekha grows not just in age but in wisdom, realizing her true Self. One day, young Hemalekha meets Hemachuda, a prince of Dasarna who gets separated from his hunting party during a tornado and seeks shelter in the ashram. Seeing that the prince is smitten, his daughter isn’t averse to the attention and also that a larger destiny is about to unfold, Sage Vyaghrapada approves of the marriage and Hemalekha accompanies the prince back to his palace. There is joy and celebration all around.

Love-struck Hemachuda spends every waking moment with his wife but slowly he notices that she is always self-composed and detached. Worried that she is indifferent to him, he asks her why she doesn’t seem to take as much pleasure in him and the things around her. And thus begins one of the most brilliant series of conjugal conversations in history.

The enlightened Hemalekha pretends to wonder how she can find lasting happiness and gently leads the prince with probing questions. He first laughs at her doubts as a woman’s silliness. But slowly he realizes she is questioning the fundamentals of all his assumptions. He is led to a deeper analysis of how all happiness in external things is impermanent.

Finding joy and misery in an object isn’t linked to the object itself but varies with circumstances. The same thing that gives joy also gives misery under a different circumstance. That which is tinged by misery is not happiness. Misery itself results from the body and the mind – mental distraction is the worst cause of misery.  All pleasures of the world are only respite from this misery – like applying salve on a burn.

The beautiful person that appears as an external object is only a reflection of the conception of the mind and its associations. That is why every species has different ideals of beauty according to its own mental conditioning.

Our mental conditioning is so powerful that we even find pleasure in the parts of the body that are associated with excretion, that would normally produce disgust. That is the illusion of desire.

After this first teaching of Hemalekha, Hemachuda develops disgust for worldly pleasures. He continually converses with his wife and slowly becomes free of delusion and desire.

However, after a while, Hemachuda is troubled again. Desire continues to shake his fresh resolve and he is torn between knowledge and habit.  He strives to be detached but is shaken with desire yet when he does give in and indulge in his cravings, he feels guilty and unhappy. He once again seeks counsel. Hemalekha is glad that her words could produce the seeds of dispassion, which she attributes to the grace of Mother Tripura. She continues to teach but this time in a fantastic fable.

My mother sent me a companion who became my best friend but she unfortunately got involved with a wicked lady who was adept at continuously producing exciting new things.  I couldn’t forsake my best friend so I always tagged along with her in order to protect her. She however got ensnared by the son of this lady, a drunken ignoramus, and soon gave birth to a son, who also grew up to be a big fool. He was left in my care but grew up inconstant and ever-flighty. He married someone similar, constantly changing herself. They had five sons – each of whom created pleasure-houses for their parents full of music, wonderful sights, sense pleasures, exotic aromas and tastes. He then married another lady who was voracious – and gave birth to two sons, one who had a flaming mouth and one who was mean – both of whom troubled him no end. I was also blamed because of my association with these people, even though I was pure and detached, like my supremely good mother. When all these people were asleep, and the city was guarded by the one in motion, I could snatch a moment to commune with my mother. Finally, when my friend could not stand this grief anymore, she sought my help, after which she killed off her son and his sons whereupon I took her to my mother’s house where she embraced my mother and at once was in bliss.

Hemachuda laughs in derision at this unlikely tale – this must be several generations but you are still young! he exclaims and once again wonders if it was womanly whim and fancy. Hemalekha puts him back in place, advising him to use his reason to understand the deeper meaning in her story and to have faith. He finally understands the immense wisdom of his wife and seeks further guidance.

She then teaches him to have faith in the primal cause, the Eternal One and to worship Him with dedication, without desire.

She then explains the nature of God, who is undivided eternal Consciousness that is Tripura, who has transcended the three states. She also explains the states of waking, sleeping and dreaming and finally the turiya state of samadhi.

Hemachuda listens attentively and practices with dedication and soon he is in a state of samadhi with his eyes closed. When he opens his eyes, Hemalekha asks him what he has found. He is ecstatic at the joy he has found and pities her for not being in that state all the time. He wants to quickly close his eyes again, to go back to that bliss.

Hemalekha questions him – if an eyelid that is the width of eight barley grains can make a difference to your bliss, is that actually real bliss? How does it matter whether your eyes are open or closed?

Teaching him again and again, she helps him ultimately cut the final knot of ‘I know it’ and Hemachuda lives as a jivanmukta, a liberated soul going about his daily life like an actor in a play. He also teaches his father, the king Muktachuda, his brother Manichuda and all the citizens, who all gradually become dispassionate and established in the Self, so much so that the kingdom is praised as Visala, where even the parrots chant words of wisdom.

This story is part of the teachings of the great Sri Dattatreya, (who is Mahavishnu born to Rishika Anasuya) as he instructs Sri Parasurama (another avatar of Vishnu) in the nature of God and liberation. These teachings are compiled as Tripurarahasya, a precious text on Sakta philosophy and the nature of the Divine Mother that was also an especial favourite of Swami Ramana Maharishi.

When reading the Tripurarahasya, I keep returning to the part where the enlightened guru Hemalekha teaches and transforms her husband and the entire kingdom. It seems to me that the essential power of the feminine is also the essential nature of being human, that of seeking, breaking through the boundaries of our limited selves and experiencing our true legacy of the ocean of bliss.

Here’s to that great journey and here’s praying for Light on that path.