Shakti Is Waking Up: A Photo-Essay 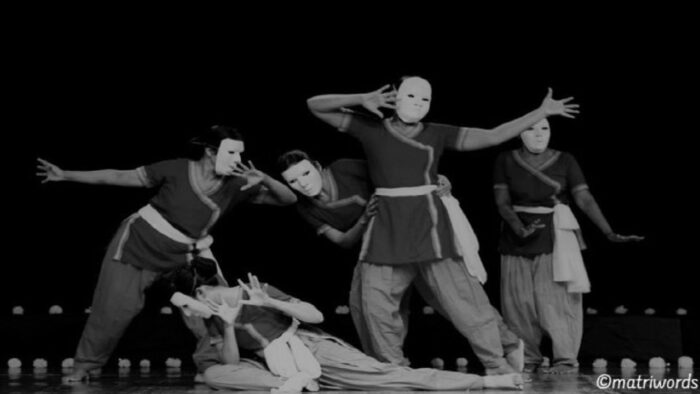 Stifled by her own fears, trapped in her own powerlessness, and caught in her own vulnerability, she didn’t even realize how deep she was getting into a pattern of life that would soon be an all-enveloping, a kind of a vicious circle that will be almost impossible to break.

Breaking out of the circle, she instinctively knew, would require not only a tremendous effort of will, but more importantly, walking on an unfamiliar path. For it is always comfortable to be in a known routine, even when it feels like a trap.

But then one day, she found herself standing in front of an unfamiliar cave which seemed to be inviting her. 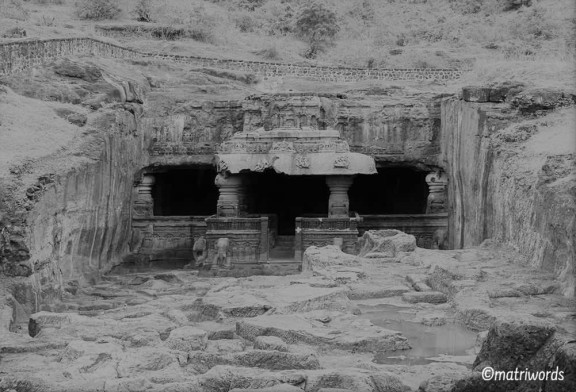 For a long time she simply stood there, outside the cave, unsure of herself, weak in mind and heart, going over and over in her little head – should I enter this cave, or should I go back and forget all about this, what should I do, who can guide me?

What will I find there if I enter, will it all be dark and gloomy and scary, will there be some deeply hidden secret stuff that I would rather not discover, will I be able to accept whatever it is I find inside the cave?

What if I am stuck there and can’t find my way out of that darkness, who will I call upon for help to rescue me, who can I rely upon, who, who, who? 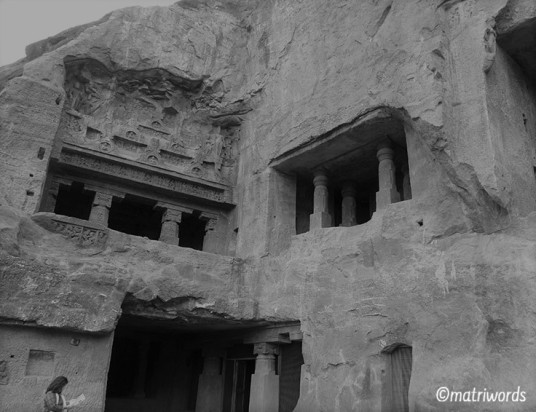 After what seemed to her ages, she felt she heard a very soft, almost-inaudible voice, a voice which seemed to be coming from nowhere, or perhaps from somewhere within her, a voice that seemed to be saying – “how else will you find the diamond if you don’t enter the cave?”

As if this was the cue she had been waiting for all this time…she not only found the courage to start the journey into what at first sight appeared to be a dark cave, but as she continued to go deeper and deeper and deeper, that same sweet voice coming from somewhere deep inside her also became her constant companion and the source of Light, assuring her that one day she will find the shining diamond, within.

And then one day in that very rare moment when all had become so very quiet within…in that moment she felt the touch, the contact she was yearning for all this time. In that moment she got a glimpse of Her, looking radiant, resilient, self-possessed, self-assured, blissfully happy with no care in the world, yet with eyes that spoke the language of care, compassion and kindness.

She instantly knew this was a moment of Grace; this was no chance meeting. 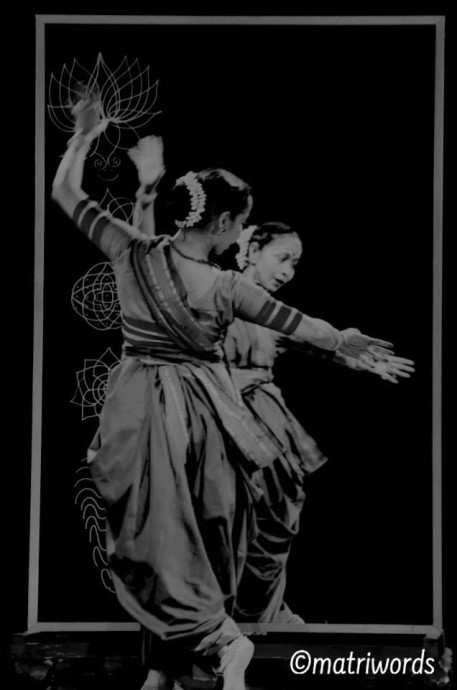 Then in another moment of Grace she knew exactly which way to steer the wheels of her life, she received the knowledge to begin the journey to slowly turn the vision into reality, she knew the masks that must be gotten rid of, she could sense the truth which needed to be unveiled slowly, layer by layer.

The Shakti was waking up. 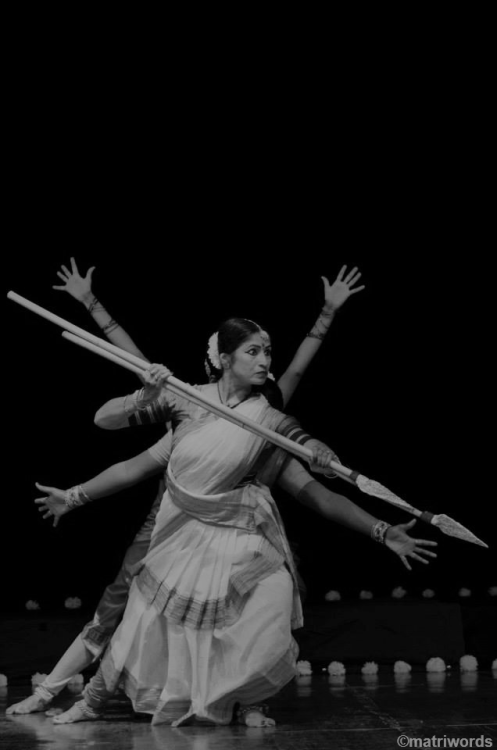 The words she had read long time ago now became alive, more real. The words also became truer, for now she felt she was blessed with a will to live the words that she had first come across on paper.

“The individual is not merely a social unit; his existence, his right and claim to live and grow are not founded solely on his social work and function. He is not merely a member of a human-pack, hive or ant-hill; he is something in himself, a soul, a being, who has to fulfil his own individual truth and law as well as his natural or his assigned part in the truth and law of the collective existence.” (Sri Aurobindo, CWSA, Vol. 25, p. 24)

“The society has no right to crush or efface the individual for its own better development or self-satisfaction; the individual, so long at least as he chooses to live in the world, has no right to disregard for the sake of his own solitary satisfaction and development his fellow-beings and to live at war with them or seek a selfishly isolated good. And when we say, no right, it is from no social, moral or religious standpoint, but from the most positive and simply with a view to the law of existence itself. For neither the society nor the individual can so develop to their fulfilment.” (ibid, p. 47)

It had taken many years and lots of inner and outer struggles, but she felt she was now starting to live what she would years later, in her work as a mentor for young women, describe as a truly complete, an integral approach to feminism – an approach which emphasizes the individual’s need for inner development and growth instead of only existing to fulfill society’s demands, and yet doesn’t create a dichotomy between individual and society. She would write about this Integral Feminism which allows complete freedom to the individual soul to grow and evolve in a multi-faceted and harmonious way. She would speak of this feminism which is primarily concerned with:

~ the integral development and transformation of inner and outer nature of all individuals – women AND men.

Years later in her work as a mentor she would help young men and women recognize that only a truer and deeper connection between individual and collective in the evolution of consciousness can be the basis of equality and liberty for all individuals. But the first and foremost thing is to consider oneself as a human being, to get acquainted with one’s innate humanity. What comes first is the human being and not man or woman. 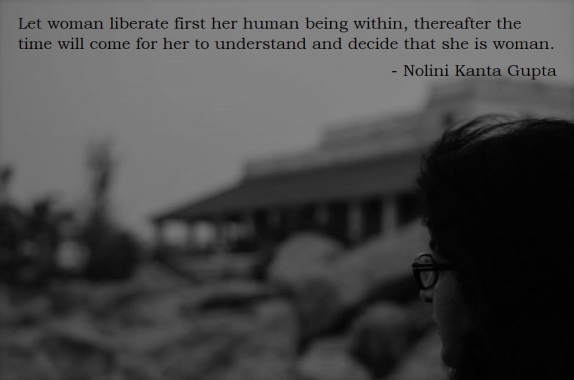 She would often recall for herself and the youngsters around her the words that were now slowly becoming truer and truer.

“The problem of feminism, as all the problems of the world, comes back to a spiritual problem. For the spiritual reality is at the basis of all others; the divine world…is the eternal foundation on which are built all the other worlds. In regard to this Supreme Reality all are equal, men and women, in rights and in duties; the only distinction which can exist in this domain being based on the sincerity and ardour of aspiration, on the constancy of the will. And it is in the recognition of this fundamental spiritual equality that can be found the only serious and lasting solution for this problem of the relation of the sexes.” (The Mother, CWM, Vol. 2, p. 150)

This article was first published in Sri Aurobindo’s Action, The Journal of Indian Resurgence (Vol. 49, No. 5, May 2018), pp. 12-14 and is available here. It has been reproduced with the author’s permission.

Beloo Mehra is a Senior Associate at Sri Aurobindo Foundation for Indian Culture (SAFIC), a unit of Sri Aurobindo Society, Puducherry. She writes on issuesRead more