Peace and Power of a Yogic Mind 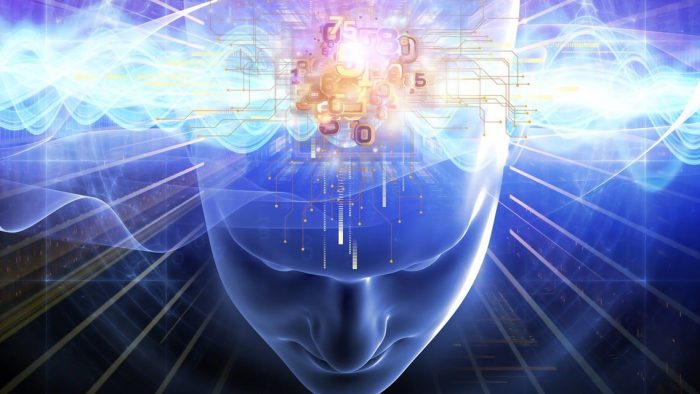 That moment of Epiphany had dawned upon the purest and subtlest semblance of ethereal sheaths of bodily nature of Sapiens collapsing the individuality of being, to a fathom of existence in their inner firmament, as a Bandhu. Along the planes of knowing defying the linear intellectual hierarchy, amidst the layers of reality decreeing the quotient of understanding, towards the path of solitude, a mind that conquered the clouds of thyself defines the peace of an evolved kind: that of a Yogic mind, resulting after a Sadhana, based on the ethical preparedness of the seeking individual.

Like the Dance of Shiva that destroys and creates the Self for a number of times only to nullify the human ego as in Apasmāra and imbibe himself through evolved embodied media, the path of Yoga strikes the humble soul as an elixir with kindest enquiries and mildest expressions, forming a communion with the self as linguistically represented by Brahman—the fons et origo of the lumps of creation.

This fundamental nature of contemplative knowing, or rather embodied knowing, defining the nature of a Yogic Mind, as differentiated from the intellectual knowing, can be called as responsible for the two diverging methods in the generation of Human Knowledge Systems, being self-identified as Science, due to the essential dichotomy of human Phychosphere at the most fundamental level: Paninian Sciences and Galiliean Sciences—naming after the principle epitome, may not necessarily be the originator, of the respective method of knowing. Embodied Knowing, as in the former case, can be uniquely characterized as the case of Yogic Knowledge, just as Intellectual knowing is a humane attempt at understanding the effect of knowing of a subject of knowledge under study.

The distinctively non-intellectualizing-nature-of-brain in embodied knowing of a Yogic Mind, accessible to the un-initiated as an interplay between various orthogonal planes of sciousness as permissible by contracrostipunctus of the correlated planes of meaning, ought to be considered as an alternative to the more easily experienced mode of intellectual knowing as in the latter case. Figuratively, the former can be recognised as the path of Shiva, while latter as the path of Vishṇu.

This further raises the modest possibility of generating thoughts through immersing self with the object of knowledge through a Yogic Mind and relaxing the samavāya nature of the distinction between gross and subtle body, with the existence of an experiential tool called Natural Reasoning, as one of the valid pramāṇa.

As opposed to theoretical abstract reasoning, or the associated technical or computational reasoning of intellectual knowing, which juxtaposes the method of Embodied knowledge to Linguistic or Symbolic knowledge: there arises the pious elegy of Tarka, the first experiential outcome of a Yogic mind— as opposed to that of a purely logical mind, which is the cause of the latter case of knowledge systems.

Though both methods converge at the point of saying that abstract entities have a reality, the latter triumphs in ascertaining a definite mathematical truism to it, while the former develops a cognitive isomorphism of the abstract entities and realising the knowledge obtained thereby, which establishes an inner peace in a Yogic Mind, overcoming the inherent human biases: to undo the subjective projections of mind onto the thought-space.

It is this experience that manifests in Yoga as a Darśana, as opposed to momentary exercises: which gives the aspirant a creative upliftment; creativity—resembling a Dirac Delta function—signifies the reality of a singular cause that differentiates Sapiens from other living organisms, with the cosmogony of Holistic Prajāpati instituting the transience of lack of transitive dissonance in Prakṛiti.

The next immediate continuum of contemplation stays in the plane of Kaivalyam, where world does not have any intermediary agency to percolate the essence of knowing, and the nature of origination of thoughts in mind as a musical emblem personified as Mahati: a collection of numinous fugues, as differentiated from its source, thereby overcoming the temporal constraints of being, and justifying the nature of casual relationships of reality, across the lanes of enchanting Theophany.

The state of Samāveśa is thus firmly realised, where the absolute relative nature of the thinker and the thought is realised, like the quintessential salt doll that got immersed itself in the oceanic knowledge in an endeavour to decipher the secrets of knowing: thus thoughts are relative to the thinker, in this second stage of Yogic Experience.

Just as the Maupertuis` Principle of Stationary Action predicates about the quantity called Action being extremized in any dynamical process, there is a Quantum of Action that is determined by the thought process which is extremised: as in Kaivalyam, the complementary experience of Yoga, where the essential duality of thoughtful experience is extremised, to reach the net result of Kevalānandam, being responsible for the recursive strange loops causing this optimisation process to materialise and translate the thoughts to knowledge, indicating that this process of transcendence is non-eternal.

This Kṣaṇika reality of Spandana, demystifying the purity of śabda as the kārika in the eternity is gleefully felt, in the next stage of realisation of Yoga, as in Nirvikalpam: achieving perfect non-linguistic cognition where the reactionary and normative form of impermanence is experienced, like a passing through of Darśana, exclaiming the penultimate dictum of, and towards moksha.

This stage is uniquely characterized by the non-distinction between the thought and thinker, as opposed to the first stage of Yoga where the non-distinction between thinker and object for thought is felt: the thus created loops forming larger connections as in Indrajāl, destruct the voids of non-knowing as developed by the previous stages to avoid infinite regression, and firmly establish the truth of knowledge.

The final stage reaches its fruition while realizing the absolute non-dualism of pristine existence, the ultimate aim of all knowledge, as in the practice and attainment of Pratyabhijñā, where all the peripheral experiences of previous stages get submerged to the individual, resulting in the sentience of ānanda. Here, the knowledge, and its associated symbiotic experience wholly occupies the conscience-space of the mind: confluence of the thought, thinker and object of thought truly exemplifies this stage of Yogic Experience. The purpose of this final stage is delineated as a bijective map from the thought-space to conscience-space, with the function being that of the individual saṅkalpam.

The above four-step idealistic demarcation of Yoga system, while only distinct at the level of their corresponding linguistic expression, does not signify any hierarchical significance of Yogic Realization, and can be compared with that of the notion of Śabda-brahman and the related four-step origination of language, or rather the sound of knowledge—parā, paśyantī, madhyamā, vaikharī—exciting the intuitive perception of prathibhā: when perimeter of a thought becomes its horizon, to eventually receive the intellect of sphoṭa. Similarly, the state of parā signifies the state of non-linguistic cognition as in the Trika system of Pratyabhijñā of Yoga, the fourth and ultimate stage of evolution of a Yogic mind.

The thus self-recognised individual, through various horizontal stages of Yoga, identifies himself in no absolute dualism among himself and the nature, lightening the nature of fully bloomed Ādhyātmik embellishment: which is an empirical reality according to the seeker, the final ephemeral purpose, samādhi, acquiring of which releases the Śakti that emanates the universe from within.

“The Synthesis of Yoga” by Sri Aurobindo.
“Pratyabhijñāhṛdayam” by Kṣemarāja.
“Gödel, Escher and Bach” by Douglas Hofstadter.

( Note: This essay received is one of the winners of the Essay Competition for the Yogasutra Workshop held by Indic Today for Indic Academy. )