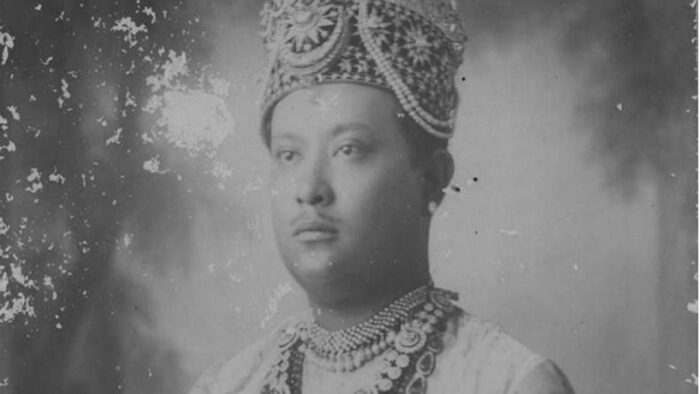 Our post independent, state-sponsored politically correct History has consciously undermined the contribution of Indian Princes in building a Modern India. It is time to present the correct history to our children.

At the time of India’s independence, most Indian princes made significant contributions to making of modern India. From building institutions to infrastructure, they paved the way for unification of post independent India. It must be noted that it is our princes of that time who were pioneers of development, reforms and national integration. Maharaja Colonel Bir Bikram Kishore Manikya (1923 – 1947), was no exception.

Maharaja Colonel Bir Bikram Kishore Manikya Debbarman Bahadur of the Manikaya dynasty is widely regarded as Tripura’s pioneer King. Bir Bikram is credited with planning the kingdom’s capital, the city of Agartala. He initiated land reforms, reserving vast tracks of land for Tripura’s tribal population. It was Bir Bikram who built Tripura’s first airport at Agartala. He also set up one of country’s first municipality. He built schools and started Tripura’s first University. The foundation for Tripura’s high rate of literacy was laid by Maharaja Colonel Bir Bikram. His son Kirit Bikram Kishore Manikya donated 25 acre of land in 1959 for the construction of a hospital in the heart of Agartala, and was the last reigning Monarch of the princely state before it merged with India before 1949. The royal family of Tripura had sent food grains to the people of Bengal during the Bangla famine. Both Maharaja Bir Bikram Kishore and his son Maharaja Kirit Bikram Kishore Manikya played a significant role in providing refuge to the Hindu Bengalis fleeing East Bengal at the time of partition, saving lives and providing shelter people who were facing persecution.

The Manikya dynasty rulers of Tripura, since the days of King Ratna Manikya (1464-68), had provided patronage to Hindu Bengali language and culture. Prince Dwaraka Nath Tagore, the fabled grandfather of Rabindra Nath Tagore and King Krishna Kishore Manikya (1830-1849) were close friends. Nobel-laureate and Nationalist poet Rabindranath Tagore’s close relation with the princely state of Tripura and its four successive rulers forms an important chapter of the histories of Bengal and Tripura. In his maiden letter to King Bir Chandra Manikya ( 1862-1896) dated May 6, 1886 Rabindra Nath Tagore had referred to this familial relation while seeking ingredients of Tripura’s history on which he later based his celebrated novel ‘Rajarshi’ and dramas ‘Visarjan’ and ‘Mukut’. Rabindranath’s relation with Tripura’s royal family that started with at time of King Bir Chandra Manikya continued with the enthronement of his son and successor King Radhakishore Manikya (1897-1909). King Radhakishore Manikya maintained a close relation with Tagore and it was during his reign that the poet visited Tripura for the first time in the year 1900. After that he visited Tripura altogether five times during King Radhakishore Manikya’s reign.

After Rabindranath won the Nobel prize, King Birendra Kishore organized a function to celebrate the occasion and the poet visited Tripura again in the year 1919. Rabindranath visited Agartala for the seventh and last time in the year 1926 when he was introduced to King Bir Bikram Kishore Manikya (1923-1947). A cultured man of refined tastes, King Bir Bikram was a devoted fan of the poet and organized a special programme in May, 1941 to celebrate the poet’s eightieth birthday. When the poet died within a few months, a day’s official mourning was observed in Tripura at the behest of King Bir Bikram Kishore Manikya. The poet had penned at least five renowned and oft-heard songs during his visits to Tripura. Successive Kings of Manikya dynasty from Bir Chandra to Bir Bikram Kishore Manikya extended generous financial assistance to Rabindranath and his dream project ‘Viswa Bharati’ at Bolpur in West Bengal from its inception. Viswa Bharati (presently a Central University) was founded by Rabindranath Tagore to revive education based on our national heritage and culture. This assistance soon took the form of annual grants and formed part of princely Tripura’s annual budgets till the last days of the state’s last king Bir Bikram Kishore Manikya (1923-1947). Apart from this, financial assistance had also been provided by kings of Tripura to help Viswa Bharati launch a hospital, a library and ‘Sangeet Bhawan’. Renowned artist Dhirendra Krishna Debbarman and Manipuri dance expert Buddhimanta Singh were deputed to Viswa Bharati and it was Tripura’s contribution that enabled the Viswa Bharati authorities to introduce Manipuri dance in its cultural curricula. Only a month ahead of the octogenarian Tagore’s death king Bir Bikram Kishore Manikya himself, accompanied by other royal personages, visited Viswa Bharati and conferred the title of ‘Bharat Bhaskar’ on Rabindranath. A grateful poet, he was effusive in his praise of the kings and the people of Tripura. The royal family of Tripura’s biggest contribution to Tripura and India is its relentless work over centuries to preserve our national culture heritage and unite the diverse linguistic and ethnic groups to create a Morden India.

Tribals of Tripura have a great history of valour and bravery, a unique culture and nationalist spirit. The Youth of North East have great talent and have made a mark in the field of sports and professions. We need to provide them with the right opportunity to contribute to making of new India. The North East has borne the brunt of bureaucratic apathy and discrimination in the past; it’s time to change that. Visionaries like Maharaja Bir Bikram Kishore built institutions, worked for National Unity and promoted Hindu Culture. It is time that we acknowledge their contribution and include their vision and philosophy in making of a new India. The fact that many Indian Princes of the pre Independence era are respected and admired by the masses of this nation is a testimony to their contribution to India. Maharaja Bir Bikram Kishore Manikya’s legacy needs to be carried forward and he should be a role model for our Indian leaders of tomorrow. 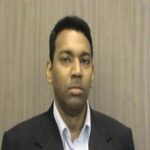 Anirban R Banerjee is a columnist and Author of Leadership Excellence Principals my Father Followed. He is an expert on Learning and Development and OrganizationalRead more