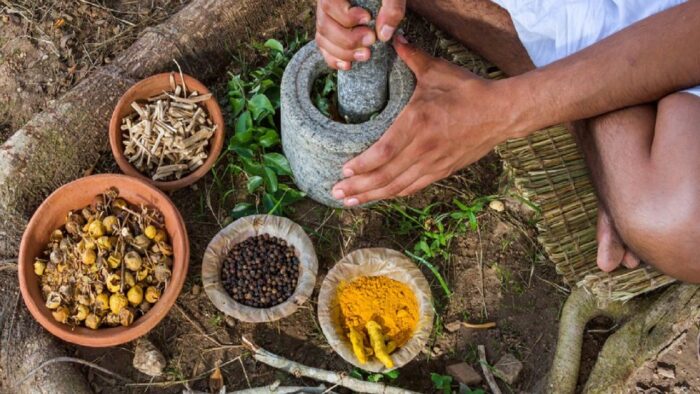 Although Ayurveda continues to be an oft-sought system of primary medical care in India, its image in the minds of the average citizenry is characterised by a certain trust-deficit. This was succinctly articulated by the Prime Minister in his address at the sixth World Ayurveda Congress, when he said, “The biggest challenge to Ayurveda comes from its practitioners themselves; (even) they don’t seem to trust it fully!”. The present essay seeks to analyse the reasons for this trust-deficit and where appropriate, to suggest solutions

Three main factors, complementing with each other, are at work marring the way Ayurveda is being perceived:

Each of these three warrants a careful analysis, but we would only look into them briefly here.

The average Ayurvedic doctor is out of sync with the intellectual climate of his times. His scientific world-view is narrow and its expression, archaic. The narrowness of his scientific world-view may be traced to the way Ayurveda is being approached and taught in our universities. The science-killing idea of textual immortality, the view that ancient medical texts remain relevant in their entirety, is at the root of the narrow scientific world-view that the Ayurvedic student inherits from his university education. Modern physiology, for instance, is being taught alongside the almost outdated Ayurvedic physiology, without an explicit dismissal of the latter. Both are treated equally for their knowledge-value. While the classics of Ayurveda contain first-rate clinical medicine, their content relating to the basic sciences of anatomy, physiology and pathology is almost wholly outdated. The former requires retention and development and the latter, a respectful burial.

This point needs elaboration. Patterns and progression of clinical manifestations along with the therapy known to ameliorate them constitute ‘clinical medicine’. When this is rationally reinforced with an understanding of the underlying physiology and chemistry, it graduates to become the more precise ‘internal medicine’. (Historically speaking, these terms came to be used in this technical sense since the nineteenth century.) Ayurveda is internal medicine only aspirationally; it actually is clinical medicine. Seeing it otherwise confers upon the rough and ready knowledge that it contains an artificial precision. Such a pseudo-precision is often aided by laboured misinterpretations of ancient aphorisms to suit contemporary scientific findings. This flawed approach results eventually in unwarranted clinical applications on the one hand and in a smothering of innovation on the other. Disconnect with reality, needless to say, is the recipe for scientific disaster. When the quality of science suffers, trust-deficit in it naturally follows.

It is obvious therefore that a rational approach to medical practice employing the Ayurvedic classics, first of all, requires a clear recognition of these vital facts. This recognition and the consequent change in approach will, at once, remove the unbearable cognitive dissonance that an Ayurvedic student endures. It will define his field of operation, expand his scientific world-view and make him more accessible to the educated patient. The inferiority he suffers in communicating with his more scientifically-trained allopathic counterparts will also disappear. What’s more, it will revitalise the great scientific traditions of classical Ayurveda.

While the incompetence of the Ayurvedic doctor is adequately recognised, not well-recognised is the close-mindedness of his allopathic counterpart. That the Indian doctor, trained in western medicine, cares not to even familiarise himself with the rich medical traditions of his long-lived civilisation, speaks ill of him both as a medical-scientist and as a cultural inheritor. Indifference to a three thousand year-old living medical tradition can only characterise a mind that pursues science for its baser rewards. This brazen close-mindedness, after all, is scientific incompetence by another name.

The priceless realisation that comes with a sincere study of science is that of its universality. Medicine, as science, is singular and universal. Medicine, as practice, can be dichotomous and varied. This vital understanding would make the allopath fairer and more open-minded in his assessment of Ayurveda. It would propel him towards researching Ayurveda for the great treasure it contains. There is the heart-warming example of Prof. M S Valiathan before us, whose important work on the genotypic variations underlying the Ayurvedic body-types, has been recently reported in the journal Nature. It is not out of place to mention that the latest Nobel Prize for Medicine has been awarded to a researcher in Traditional Chinese Medicine. Such an open-minded examination will go a long way in correcting the perception of Ayurveda, not only in the minds of doctors, but also in the mind of the patient community at large.

But, the problem of intellectual slavery that we, as a nation, suffer is too momentous an issue to have easy solutions. Who better than Vivekananda to articulate this problem? Addressing his countrymen, he said, “You are more dead than alive. You are in a hypnotised state. For the last thousand years or more, you are told that you are weak, you are nobodies, you are good for nothing and so on, and you have come to believe yourselves such.” All things Indian, from Vedanta to Ayurveda, have been victimised by this abhorrent mentality. That our school textbooks of science do not even allude to the great wealth of clinical medicine contained in the classics of Ayurveda is an eloquent testimony to this mentality. That best science students do not opt for Ayurvedic education is yet another proof of the same. Extricating ourselves from this dehumanising psychological state along with a vigorous self-assertion is the key to solve this serious problem. Once this is properly tackled, the other issues would simply melt away. A more enlightened State, with a strong scientific orientation and an equally strong rootedness in the great cultural inheritance of this ancient land, is the best bet against this sad state of affairs.

In conclusion, the reader may be reminded of the illuminating petition of one of the great medical teachers, Sir Robert Hutchison: “From too much zeal for the new, and contempt for what is old, Good Lord, deliver us”. 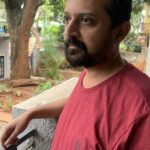 G L Krishna is an Ayurveda physician and Homi Bhabha Fellow. He is also a visiting scholar at the Indian Institute of Science, Bengaluru.