An Open Letter To The Prime Minister Of India From Concerned Citizens (Nov 25th, 2022) 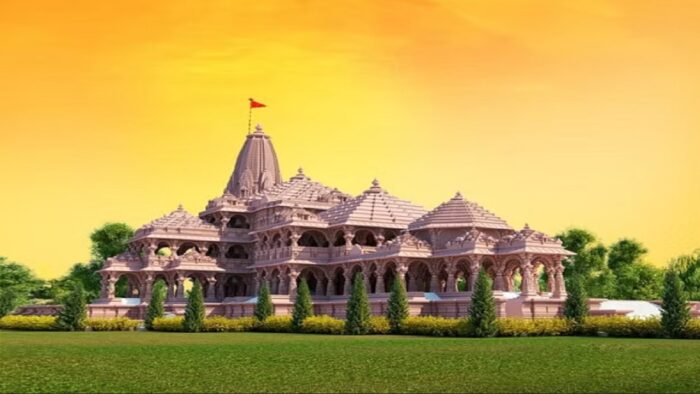 A recent social media announcement from the Council of Scientific and Industrial Research (CSIR) on a Central Building Research Institute (CBRI) project to Illuminate the Vigraha of Sri Ram on Rama Navami day has caused a stir [1]. A tweet campaign initiated by a Member of the Parliament of India based on a complaint by a senior CSIR scientist and an Open letter by a Scientific Community and Scientifically Oriented Citizens registered the protest to the CBRI project [2]. As citizens of this great land we must address the religious stir caused by CBRI and the resulting protest under the banner of Science and offer evidence to solve the misunderstandings.

The highlights of the controversy

CBRI proposes to design or has designed an electro-mechanical apparatus that will keep adjusting to the Sunlight so that the Sunrays reach the inner sanctum on the Luni-Solar date of Ram Navami at Ayodhya Ram Mandir. Illuminating a Vigraha on certain religious dates is a common sight throughout the land that is Bharat. The reasons for and benefits of such illumination are not widely known. So, it is construed as ancient engineering marvels and extravagant palatial showcases of a belief system. However, the Upanishads and other scriptures explain the benefits of these nodes of time for a culturally refined way of life in tune with nature. These scriptures also provide the spiritual reasoning for shining the natural Sunlight in various temples [3]. The CBRI electro-mechanical apparatus design for illuminating an object of worship on a Luni-Solar Calendar date does not seem to align with any scriptural teaching. CBRI should be required to provide such a reference if they disagree with this statement.

Evidence of Religious concepts that helps solve the misunderstandings

Sunlight is designed to illuminate the Vigraha on such beneficial calendar dates. It is to be noticed that the temple orientation is aligned with the position of the Sun, or the Sunlight is reflected (without a mirror) to suit the temple orientation on these special dates. It is common knowledge that a Stick (like a cricket wicket) named Shanku accurately measures the Sun’s position. Advanced mathematics to calculate the motion of the Sun and to know the directions have been used for ages (Indian Circle Method).

The ancient Calendar System is Scientific

The ancient Solar Calendar of Yajur Veda is seasons based. According to Saha Commission, this ancient Vedic calendar is ‘scientific’ (but they chose to ignore it and recommend a national calendar system to agree with western systems) [3]. This calendar is used for sacraments and other religious rites, even today.

A standing Example of the Vedic Calendar

We have a standing example of this season-based calendar, illuminated by the seasonal Sun that works even today in Sringeri Vidyāśaṅkara Astronomical Theater. The temple teaches seasons-based rituals, Purana stories, Yoga, and Vedanta with the dance of the Sun in the temple [3].

India and the world need to be taught about this unique ancient scientific astronomy that considers the season’s effect on human beings. CBRI scientists should study the temple culture. Sringeri Vidyāśaṅkara Temple technology is the first logical step for this study. There are hundreds of temples with illumination on special occasions. CBRI and other agencies can spread the ancient knowledge presented in Sringeri to India and the world.

2) An Open Letter from Scientific Community and Scientifically Oriented Citizens

Please Note: This work was done by an individual over a decade and published by Indica organization as Nihswartha Seva (with no self-interest).

Viswa N Sharma is a retired Electronics Engineer settled in the greater Houston area, USA. Born and brought up in Karnataka, he worked in communicationRead more