A Dream, A Rishi and A Village 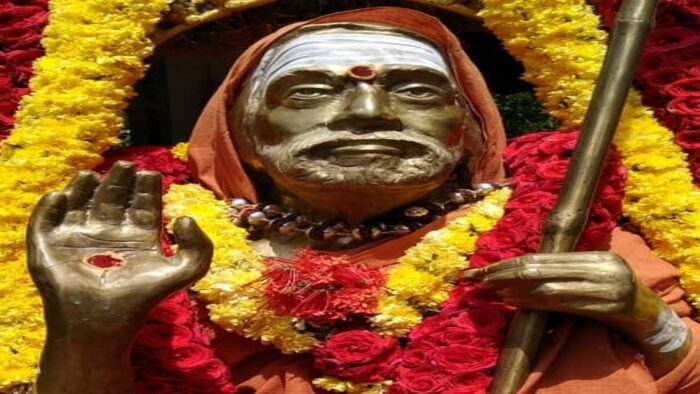 If time travel were to be an industry, it would probably be minting thousands of dollars by the hour. Until that materializes, let’s leverage our power of visualization. Picture this: a bath at a river that wets the body and atma alike, the rhythmic activity of drawing water from the well of a traditional home, loud reverberating chants from vedapatashala echoing across all directions, dharma being expounded by the gurus, vaidhikas (people performing vedic rites) performing yagnas, sprawling agraharam with coherent town planning and picturesque lush green landscape aiding a seamless union with nature. To top it off, the rustic built of the place awakening the youth within us while taking us one step closer to our true self. These and many more such experiences are a unique opportunity to relive the past; connecting us at the subtle and gross level to our rich cultural heritage.

Are you yearning to experience this and more? Welcome to Sri Sankarapuram! 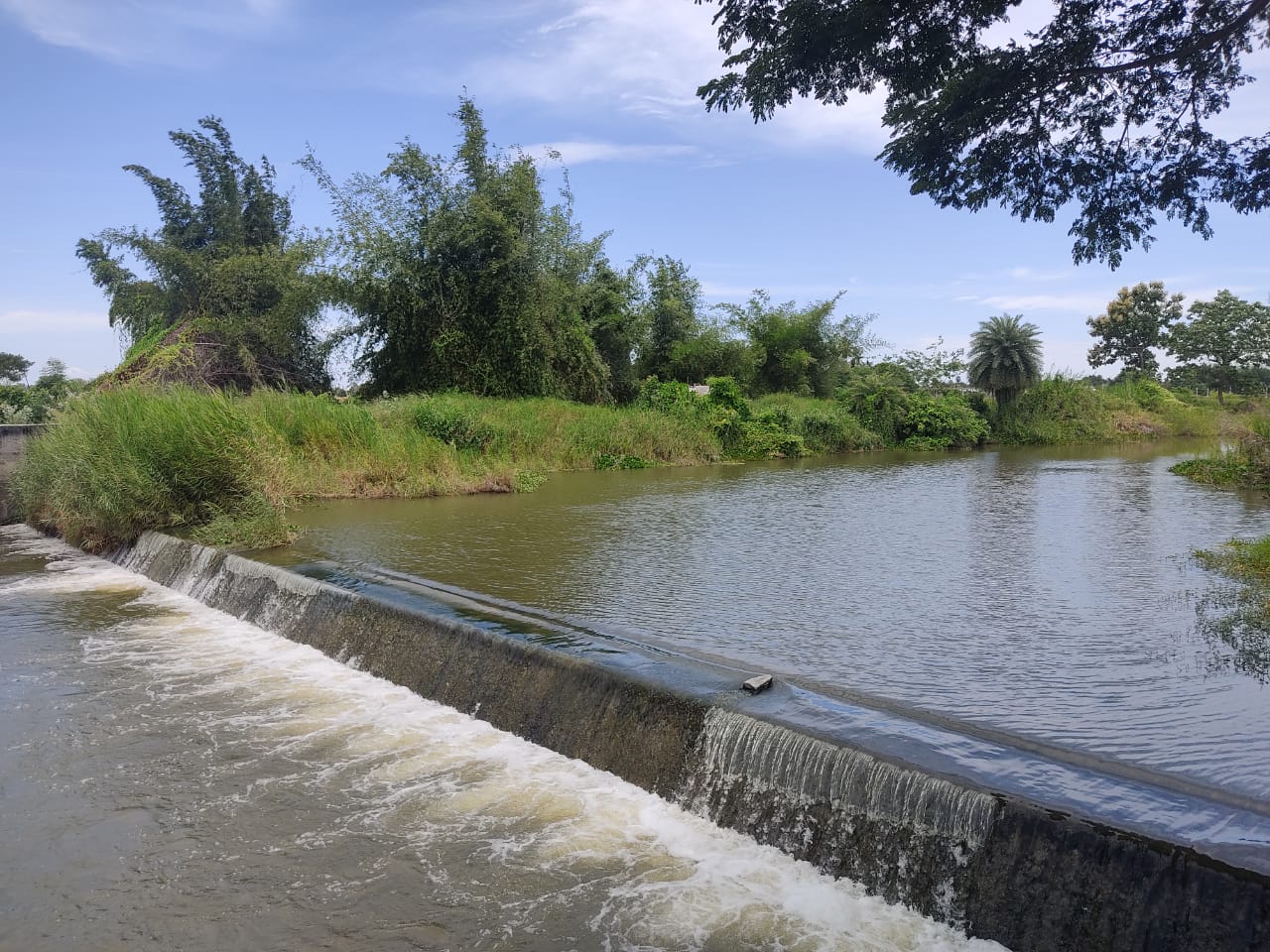 Pazhavaaru – a tributary of Cauvery

Sri Sankarapuram is a unique venture under construction with a noble aim to establish, preserve and promote Vedic culture and dharma for lokakshemam (universal well-being). Sankarapuram translates to – the abode of Shankara. The unique vedic village under development in Kadiramangalam is about 15 kms from Mayiladuthurai (well known for Mayuranathar Temple in Thanjavur district). It is right in the heart of the Kumbakonam – Thanjavur Navagraha temple circuit that is visited by lakhs of devotees every year.

When Carnatic music genius Thyagaraja lost Sri Rama’s murti, he was distressed and restless. One night, he had the vision of Sri Rama in which the location of the murti was revealed and Thyagaraja was elated to bring Sri Rama back home. In Hindu history, there have been numerous such occasions where devotees have had visions which triggered the manifestation of divine power for dharma’s cause. In this case, a MahaPeriyava (68th Pontiff of Shri KanchiKamakotiPeetham) devotee, now known as Vakkil Anna (Sri K. Venkatasubramanian, a practicing lawyer) had the seer’s vision where the grand idea of Sri Sankarapuram with agnihotris as the centerpiece was outlined. For starters, Agnihotram is an age-old ritual where Agni is invoked for universal well-being. 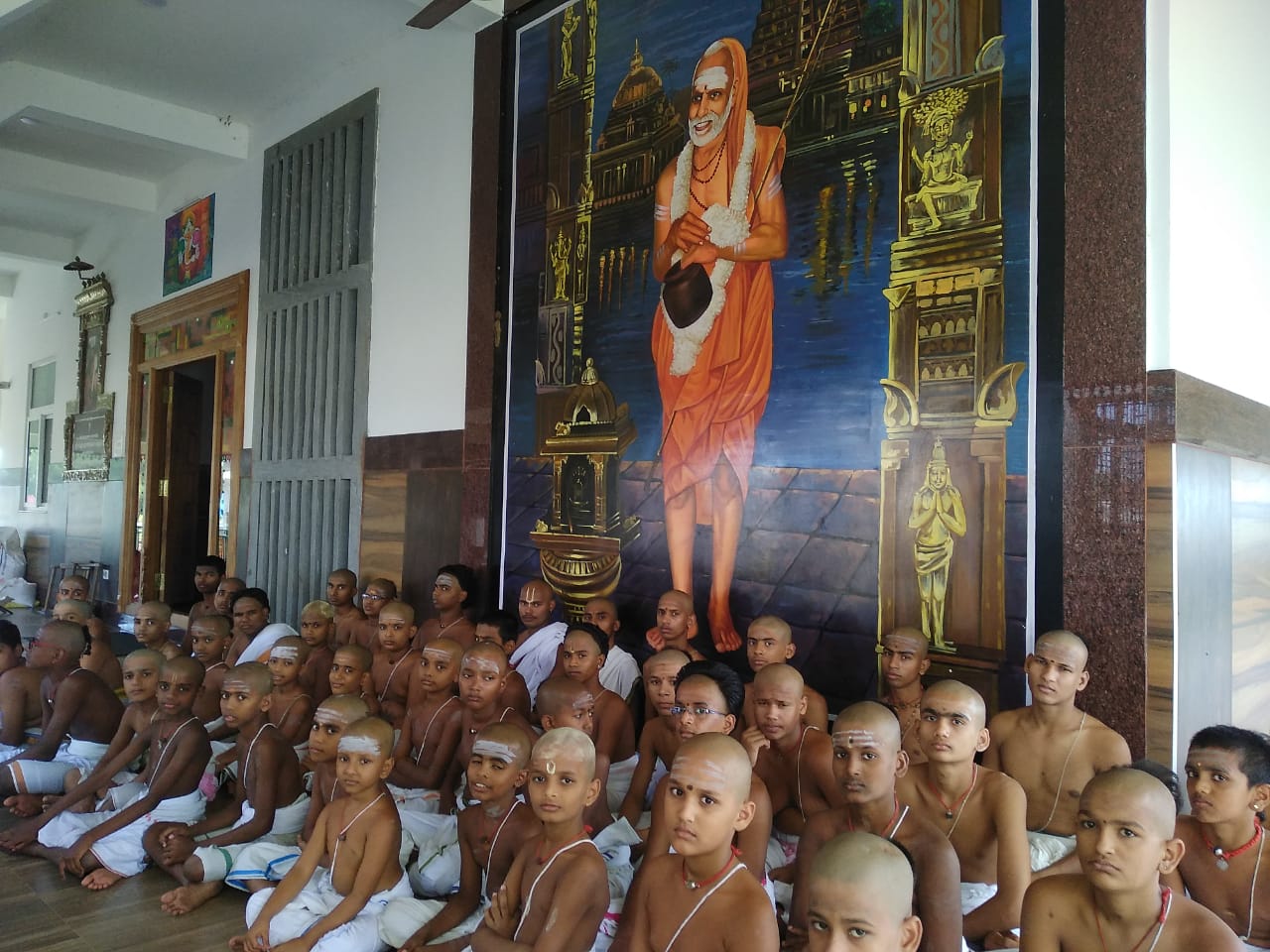 As part of the grand plan, 108 agnihotris will be gifted a home built in traditional architecture, cow and calf, gaushala and yagnashala. In addition, a robust plan is put in place to sustain their needs throughout their lives. However, it is not only surprising but also concerning to note that only an estimated 150 practicing agnihotris are left in Bharat at present. In today’s world, it is challenging for an Agnihotri to meet his bare needs while continuing to perform agnihotram (with demanding time and material requirements). A few centuries ago, during the Hindu kings’ rule, the needs of brahmins were taken care of by the state in return for their selfless service to the society through their knowledge and noble pursuits.

However, in today’s context, people are familiar with the Agnihotri surname and probably have heard of an interesting anecdote of Agnihotri families surviving the Bhopal gas tragedy. Below is a hazy print coverage of this news in The Hindu, 1985. It is said that these families were unaffected in spite of this disaster and their survival was owed to the practice of agnihotram. 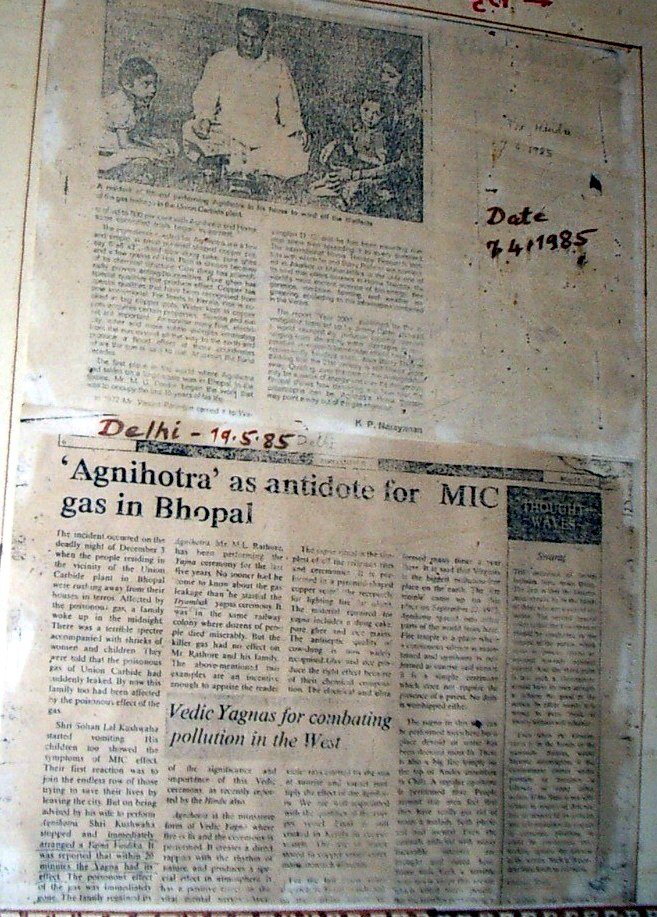 Divine visions get translated into action through noble persons. Vakkil Anna, the man in action translating the vision into reality was completely transformed by reading “DeivathinKural” (complete works of MahaPeriyava). He had a tectonic shift in his lifestyle from a well sought after lawyer to a dedicated sevak working towards realizing the vision of the Jagadguru. In fact, he has permanently relocated to Sri Sankarapuram to materialize the same.

Coupled with homes for agnihotris, approximately 200 homes for loukikas (common men) will also be constructed. The Agnihotris will perform their daily rituals and each of them will teach vedas to two students of the village’s patashala for which a monthly dakshina will be provided. This almost sounds like a mutually beneficial social welfare scheme that could benefit the society at large apart from just the individual and state.

Some of the interesting aspects of the village’s architecture are: vastu compliant homes with the charm of the stone pillars, rishi murals, tulasi madam (terracotta), thinai (traditional portico),mitham (courtyard with open roofing), well, swing and vilakkupirai (space etched at the entrance of the house for keeping lamps). A library is also part of the plan which aims to have a rich repository of Vedic literature.

If you thought that this place was all about tradition and ancient way of life, well you are mistaken! The plan is to have modern amenities including wi-fi, intercom, cable TV connection, bank, hospital, supermarkets, parks and buggies to escort people. This village will also use renewable technology such as solar, gobar gas and rain water harvesting.

In Vakkil Anna’s words, ‘The welfare of the Universe is directly attributed to Veda-samrakshana, Agni-samrakshana and Gau-samrakshana in subtle and profound ways. All the three elements are going to be preserved and promoted in this place. In the next eighteen months, Sri Sankarapuram will be a torchbearer for the rejuvenation of Vedic culture for universal well-being’.

With the completion of the project, this area will be bustling with activity and in turn generate livelihood for people in nearby villages. This initiative is a massive undertaking to build a vedic community with modern elements while preserving its sanctity. It is a gentle reminder of how our gurus continue to guide the society through the devotees even after their mortal life. With shraddha, patience, team effort, perseverance and guru’s guidance, it is possible to move beyond the notion of obsolete and turn far-fetched ideas into reality. Sri Sankarapuram is an inestimable gem and an invaluable addition to the cultural fabric of the nation reminding us of the rich past and heritage. As Swami Vivekananda puts it, “I am proud to call myself a Hindu, I am proud that I am one of your unworthy servants. I am proud that I am a countryman of yours, you the descendants of the sages, you the descendants of the most glorious Rishis the world ever saw…”

Tradition not in literature but in way of life, nature not in pictures but amidst us, dharma inside, karma outside, away from chaos but towards order, less of materialistic comforts but more of nurturing the mind. This is Sri Sankarapuram!