Veda And Yoga Are One 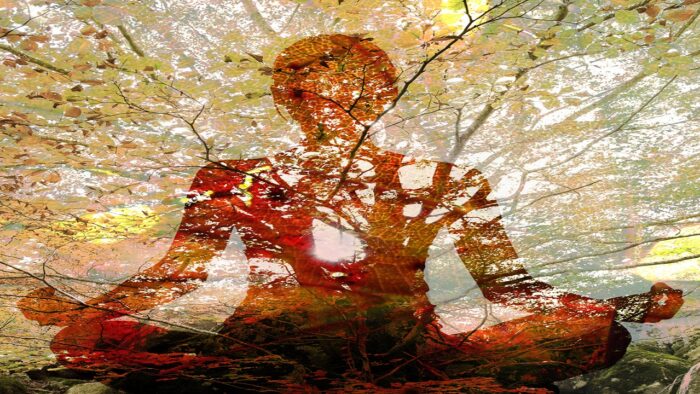 Veda, from the root “vid” to know, refers to Knowledge in the highest sense as direct perception of the Eternal and Infinite Consciousness called Brahman. Brahman is present as the Atman or inner Self of all beings at an individual level.

The practice of Vedic knowledge is Yoga, meaning integration and unification. Knowledge of our true nature as pure consciousness beyond all limitations of time and space naturally brings us Yoga or harmony and oneness with all.

Veda is knowledge and Yoga is its practice. It is that simple. They are two sides of the same truth. Yoga not only leads us to Veda, but also expresses it. Veda embodies itself through Yoga as its manifestation.

There are three primary traditional paths of Yoga. First is Jnana Yoga or the Yoga of Knowledge, which is the Yoga of Veda as the way of inner wisdom. It is the path of Self-knowledge, Self-realization and the unity of our inner most Self with all, the Universal Being, gained through mental purity, inquiry and meditation.

The second path of Yoga is Bhakti Yoga or the Yoga of Devotion and Divine Love. Bhakti Yoga is the love of the Self in the form of the Universal Being and all of his/her formations and manifestations. It proceeds through surrender to the Divine Presence within the heart.

Third is Karma Yoga or the Yoga of right action, service and ritual, which is action in harmony with the Universal Being. It consists of aligning our outer lives with the inner reality that we access through knowledge and devotion. These three paths are interrelated, with Self-knowledge expressing itself as Divine Love and working through selfless service for all.

Out of these three primary paths, many other Yoga paths arise. Most known are Raja Yoga or the Yoga of meditation and samadhi and Hatha Yoga or the Yoga of psychophysical techniques. There are many other types of Yoga, such as Mantra Yoga, Nada Yoga and Laya Yoga that deal with cosmic sound, and Prana Yoga and Kundalini Yoga that deal with internal energies.

The Vedas as Yogic Teachings

The Vedic mantras, starting with the oldest Rigveda, form first of all, a path of Mantra Yoga. The Vedas are said to manifest from the cosmic sound, OM that is the foremost of all mantras, the very Divine Word itself. Hindus continue to chant mantras from the Rigveda after thousands of years, such as the Gayatri Mantra to Surya/Savitri, the solar Godhead and the Mrityunjaya Mantra to Lord Shiva in order to access the highest wisdom and grace. But, every one of the ten thousand verses of the Rigveda holds this mantric power.

Mantra is not only the language of the Veda, but also the language of the Yoga. Jnana and Bhakti or knowledge and devotion are the two ways of reading the Vedic mantras. The Vedas extol the Self as the Supreme Reality, which is Jnana, but also approach it through deities and devotional attitudes, which is Bhakti. The attitude of devotion or Bhakti Bhava takes us to knowledge or Jnana.

Vedic rituals arise from the Vedic mantras as Karma Yoga. Typical books on Karma Yoga in India have always dealt with the performance of Vedic rituals, including yajnas, havans and pujas, as well as daily lifestyle practices, according to the tenets of Dharma. Veda is the teaching of Dharma on all levels.

The Four Goals of Life

The Vedic tradition recognizes four great goals of human life: Dharma, Artha, Kama and Moksha. Dharma here refers to our true purpose in life, which is our inner work to manifest our higher spiritual potential. Artha is the goals that we need to achieve to fulfill our Dharma. Kama is the lasting happiness that we experience in rightly pursuing our Dharma. This takes us to Moksha or liberation. Yoga is said to be the primary means of achieving Moksha or liberation, the highest goal of life. So, all life is Yoga. That is why the practice of the eight limbs of Yoga begins with the dharmic values and disciplines of the Yamas and Niyamas, like ahimsa (non-violence) and satya (truthfulness).

Apart from these general branches of Yoga is Yoga Darshana – Yoga as one of the schools of Hindu/Vedic philosophy, as explained in Patanjali’s Yoga Sutras, regarded as the prime text on Yoga.

Yoga Darshana has its roots in the Vedas as is explained in the Mahabharata. Its founder is Hiranyagarbha, often a name for Lord Brahma as the source of cosmic knowledge. The classical Yoga lineage is from Hiranyagarbha to the great Rishi Vasishta, who has the largest number of mantras in the Rigveda, which lineage eventually comes down to Rishi Patanjali.

Patanjali is the Sutrakara or compiler of teachings for the older Vedic Darshana, not its originator or founder, as some today wrong assume. He dates from the post-Vedic period, when the older teachings were being correlated and systematized. The darshanas are part of Hindu Smriti literature that rests upon the Vedas as Shruti or the source teaching. Yoga Darshana as a Vedic philosophy accepts the authority or Pramana of the Vedas, Upanishads and Bhagavad Gita, in which Yoga and Veda, or the higher knowledge and its practice, are commonly discussed under different names, forms and approaches.

Patanjali teaches us that Ishvara’s indicator is Pranava or Omkara, which is the main means of contacting his power within us [2]. Pranava or Omkara is also the origin of the Vedas, which are similarly said to be the word of Ishvara or the Supreme Divine. Patanjali was also well known as a Sanskrit grammarian, so was clearly aware of this fact. It again shows that Veda and Yoga are one. Veda is OM as knowledge and Yoga is OM as practice.

Krishna, the Gita and Manu

Another prime text of Yoga is the Bhagavad Gita. Krishna is said to be Yogavatara, the avatar of Yoga. He says that he taught Yoga to Vivasvan, a form of the solar deity like Hiranyagarbha, who in turn taught it to Manu, who was also the original teacher of the Vedas [3].

Some misinformed scholars today tell us that Veda and Yoga are different, that Yoga is pre-Vedic, Buddhist, anything, but Hindu, though all main Yoga groups in modern times follow traditions and practices based in the Hindu tradition. This idea reflects their inability to connect Yoga with the Upanishadic quest for the Supreme Self and to the older Vedic mantras that aim at the highest light of truth. It is not the view of the great Yogis of India, like Sri Aurobindo or Paramahansa Yogananda, who recognize the Vedic roots of Yoga.

As the Vedas are the prime scriptures or source books of Hinduism, Yoga is also the practice of Hindu Dharma. Yoga permeates every aspect of the Hindu way of life. Hindu rituals and temple worship are Karma Yoga and Bhakti Yoga. Hindu prayers, chants and songs are Mantra Yoga and Bhakti Yoga. Hindu scriptures like the Bhagavad Gita are Yoga Shastras. Hindu dharmic values like truthfulness are yogic values. Yoga Sadhana is prescribed for every Hindu, according to his or her Ishta Devata or chosen form of the Divine that they are free to worship.

Yoga may be taken up by members of other religious communities or by atheists to some degree – but there is no community or culture that Yoga is such an integral part of, as it is of Hinduism.

There is no Yoga tradition apart from Hinduism or Sanatana Dharma, from which it arises as way of spiritual practice. Whatever universality people find in Yoga rests upon the universality of Sanatana Dharma, not upon any single group or guru coming out of it. Veda is our natural universal Dharma and Yoga is its unifying expression. If we return to that unity of Veda and Yoga, there will be wisdom, peace and happiness for all. 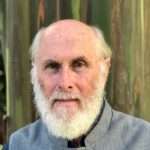