Varna and Caste: An Analysis – Part I 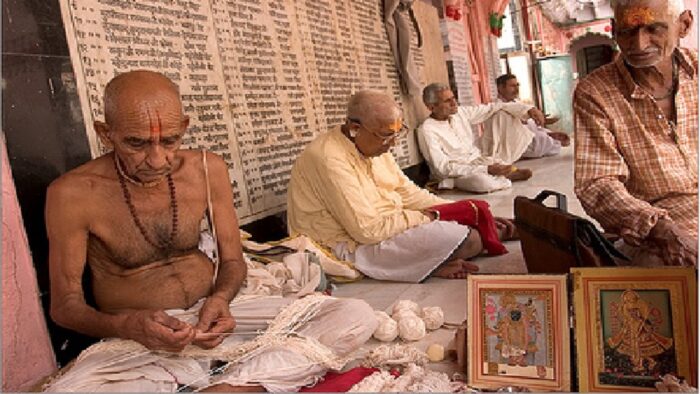 Varna and Caste are controversial issues today. But, this controversy is not so much because of the intrinsic concept, but instead because of what it has grown to become and how it is perceived today by many people.

While treating Hinduism, many people- both practicing Hindus and outsiders- forget of a basic distinction between social practice and religious philosophy and tend to reduce Hinduism into a mere social practice.

Hindu philosophy and worldview is thus ignored and Hinduism is reduced into a religion of superstitions and class hierarchy with Brahmins always suppressing the lower caste Shudras.

This notion is not only prevalent in India, but is also widespread across the world. Many US primary schools, for example, teach Hindu philosophy only in terms of caste. The concept of Karma and Dharma is translated as ‘caste duties’ and the few pages that they devote to Hinduism are filled with half-baked, misinformed, and biased narrative about Hinduism. Though these kinds of misinterpretation of Hinduism are not new, much has not been done to counter these. Take the issue of caste, for example. How much of the notions of caste and hierarchy prevalent today does actually have a religious basis? Does Varna, which Hindu ancestors envisaged, same as today’s caste-system? It is undeniable that there have been incidents of discrimination in the past and it continues to affect the society in the present. But, how many of these incidents are really derived from religious principles and not merely a social phenomenon? To unravel the complex issue of caste, it is important to differentiate between the caste system as practiced on the ground today and the religious system of Varna as envisaged by the Hindu ancestors.

What is Varna after all?

Varna basically means inherent nature or स्वभाव. It is the division and specialization of labour available in the society. Unlike caste, it is not physical stratification, but is a mental differentiation. It is related not to physical attributes like race, colour, economy etc., but to the mental attributes of each individual. Thus, it is not related to birth but to each individual’s talent and actions. It does not support the principle that a doctor’s son/daughter is a doctor, but gives importance to the individuality of each and every person’s own interests and skills. Hence, Madhvacharya in his Gita Bhashya (for 18th chapter) states:

Which means that if a Brahmana lacks qualities like shama (i.e. Sense Control) etc., consider him to be a Shudra and vice versa. Thus, it is clear that Varna is based on qualities and not one’s family. It can also be noted that in Amara Kosha, which gives synonyms of each word, वर्ण (Varna) is not synonymous with जनन (birth), वंश/कुल/गोत्र (lineage, household or hereditary). [See Verse 709 (Verse 1 under Brahma Varga), Amara Kosha, Suvidya Prakashana, Bangalore]

This becomes much clearer, when we further understand what each Varna stands for:

This division of Varna caters to individual inclinations and temperaments. Just contrast this with the modern day idea of what a man should achieve and what is to be considered as his success. In today’s society, the definition of success is decided and imposed by the society we live in and every individual, regardless of his own talents and inclinations is expected to live up to this benchmark. As a result, we can see many cases of dissatisfaction among people about their lives because of the pressures and expectations of their families/societies, which burden them to walk away from their intrinsic nature, which further leads to an unhappy life.

On the other hand, in the Varna system, success is determined by whether an individual has become what he/she intrinsically is and whether his own potential has become fully manifested in his being and actions and not whether one has lived up to the standards set by someone else. The fact that the concept of Varna is intimately connected to the intrinsic nature and the actions that arise from it, is attested by no less than Bhagavan Krishna in Gita, when he says:

Concepts similar to Varna can be found across the world. One such example is Plato, who describes his ideal society in his celebrated work The Republic. He bases his ideal society on a concept called as PS: Principle of Specialization. Plato argues that each person has a single talent/interest, which becomes his unique way of contributing to the society, and hence, one should perform that particular function in the society. In other words, one should pursue his/her talents and interests and should not venture out of it. Plato argues that suppressing one’s own talents leads to an uncooperative society (because each person suppresses his talents and venture into other fields which is of no actual interest to him/her). Further, if a person does not co-operate with others in the society, he needs to do more than one function to fulfil his desires, and thus becomes a divided person; a divided person is always an unhappy person, argues Plato.

This should remind one of the Purusha Sukta, which describes the birth of various Varnas from various parts of the Lord. This is not to suggest that Plato’s system and Varna system are identical or that the Plato was inspired by Varna system. There are definitely some differences in both the systems. But, the gist is, we can recognise an underlying basis, which is common to both systems.

This common underlying basis, gives certain similar elements in both the systems. For example, Plato’s instructions regarding the conduct of Philosopher Kings and Auxiliaries, prevent them from having possessions. This rule is similar to the prohibitions against holding wealth placed on Brahmanas under Varna system. Plato recognises that the class that a child belongs to need not be same as its parents, and hence should be determined by his/her talents/interests. This again is similar to determination of Varna by Svabhava. Further, in the Plato’s ideal society, once the class of a person was determined, there would be very little movement between the classes. This again matches well with the Varna system envisaged by Hindu ancestors.

A point to be noted here is that no individual will ever have all the qualities belonging to only a particular Varna. Instead, each individual will have a mixture of qualities and Varna is determined on the basis of the predominance of certain qualities and temperaments over temperaments. It is said that two Rishis- Bharadwaja and Bhrigu implemented this system so that the four Varnas function like four wheels of the chariot to make a society prosperous and happy.  If properly implemented each Varna is dependent on the other three Varnas for one or the other necessities of life and thus the whole society is linked and dependent.

Each Varna has been subjected to certain duties and prohibitions by the ancient Hindu texts. Though, these rules and regulations create some outwardly disadvantage and discrimination, this happens in the case of all the four Varnas. For instance, Brahmanas, who are often considered as privileged class, have been forbidden to hold excessive wealth and property.

Among Brahmanas, Manu says he who lives on the vow of शीलोन्च्छ वृत्ति (Sheeloncha Vruthi) is the most perfect and purest. According this vow, a Brahmana should collect grains, which are enough for that particular day only. He cannot buy or beg for those grains but should collect them from grains, which are leftovers and have fallen on the ground due to various processes of farming.

The next levels of Brahmanas are of those, who live on unexpected donations, those who beg for their sustenance and those who farm for self-sustenance. The poorer the Brahmin, the more respect he gets.  [Manu Smriti, Chapter 4, 4-8]. Thus, every Varna was disadvantaged in some or the other way and these disadvantages balanced out each other and thus establishing harmony in the society. Further, these disadvantages were envisaged to prevent any single group from establishing hegemony over the others.

At this point it will be proper to briefly look into the concept of जाति, which has been translated as caste in English for centuries now. But, are they really same? It is common sense that to translate a word from one language to another, the meanings of those words should match as closely as possible. The meaning of caste according to the Oxford English Dictionary is “Each of the classes of Hindu society”.

Now, if जाति (Jati) has been invariably translated as caste, it is reasonable to assume that Jati itself means some type of a classification of the Hindu society. But, Jati does not exclusively mean classifications in the society. It is a much broader term. To cite Amara Kosha again, the term Jati as well as its various synonyms simply mean “Kind/Type”. For example, in Sanskrit or in my mother tongue Kannada I can easily use a phrase such as the following: मानव जाति, पुरुष जाति or रूपत्व जाति, which translated into English, means Human Caste, Man Caste and Colour-ness caste, which makes absolutely no sense.

Jati has come to be used as indicating occupations in the same spirit that each occupation is a kind/type. Practically, in its traditional sense, anything under the sun can be put under a Jati; every object having tree-ness comes under the jati of trees, any object having sweetness comes under the jati of sweets and so on.  So, it is important to note that Jati is a broader term and does not indicate caste like it is used in English dictionaries.

How the Varna system actually became today’s caste system, with 100s of castes and sub-castes, is a matter of history. But, what is clear is the fact that there are stark differences between the ancient Varna system and the modern caste system.

Philosopher and Economist, writing on Philosophy, History and current affairs.