Time Is Ripe For Deeper Look At Indian Knowledge Systems 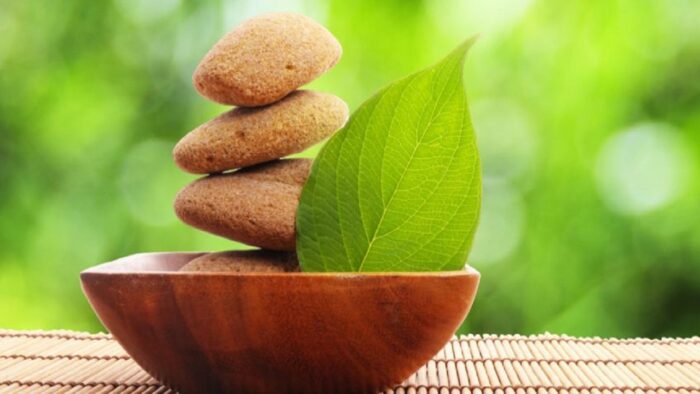 Last year’s Nobel Prize in Medicine awarded to Yoshinori Ohsumi for his work on Autophagy caused quite some excitement among Indians as it directly correlated with what we knew about Ekadasi Vrata and cellular regeneration. This year’s Nobel Prize, that was shared among Jeffrey C Hall, Michael Rosbash and Michael W Young for their work on “molecular mechanisms controlling circadian rhythms”, furthers this excitement as it finds a number of parallels with what is contained in Indian Knowledge systems especially that of Yoga, Ayurveda and Jyotisha. This article elaborates on the previous article of the authors, by providing insights from various branches of Indian Sciences.

This year’s Nobel Prize in Medicine or Physiology has been shared among three scientists Jeffrey C Hall, Michael Rosbash and Michael W Young. “Their discoveries explain how plants, animals and humans adapt their biological rhythm so that it is synchronized with the Earth’s revolutions.” Their work is based on chronobiology in general and Circadian Rhythms to be more specific. Their key findings include

This discovery is phenomenal not only for its specificity but for its emphasis on the need to maintain the balance between the internal biological clock and the outer biorhythm to attain sustained well-being, something that has been the warp and woof of Indian Knowledge Systems. Let us look at some principles from Yoga, Ayurveda and Jyotisha that throw light on the resonance of the biological system with the larger cosmos.

Yoga is a science and way of life that leads to expansive state of consciousness through systematic effort on the physical, mental, emotional and spiritual dimension of the individual. The word Yoga is derived from the Sanskrit word yuj which means to unite. Yoga is not just a practice to unite the body and mind but to unite with the fundamental consciousness that holds the universe. Swara Yoga is a comprehensive system of breathing practices, which aims at developing an internal balance through the intelligent regulation of breath in tune with the cycles in nature like the lunar, solar and other cosmic cycles. The changes in flow of breath during changes in the time of the day, moon phases, etc. helps us to align with events in the cosmos. Just as we choose the right season to sow seeds so that the plant can grow to its fullest potential, we regulate the breath to support actions aligned with nature’s cycles that can lead to success. Swara Yoga has a clear mapping of the relationship between the microcosm and the macrocosm. The primary practice in Swara Yoga is tattwa sadhana that involves analyzing the connection between the breath and five elements in nature.

Verses 62, 63 and 64 in Shiva Swarodaya highlight the connection between the phases of the moon and the breath. “During the first three days of “Shuklapaksha” (the bright fortnight), the Ida flows and then alternates. While, conversely, during the first three days of “Krishnapaksha” (the dark fortnight), the Pingala flows first. In the bright fortnight, the lunar swara rises from the time of sunrise and continues till the time span of two & a half Ghadis (60 minutes). In the dark fortnight, the solar swara (Pingala) rises first. So, these swaras flow alternately for a period of two-and-a half ghadis (60 minutes) throughout the twenty four hours of a day. In between these ghadis, the five elements get activated and flow. If the swaras flow as per the above mentioned rules, then one can resume his/her activities. Conversely, the daily activities are not to be performed if the flow of Swara is unfavourable.”

The elaborate yogic practice of Surya Namaskar helps us to align with the solar cycle and enhances our receptivity to events in nature. Subash Kak’s works on linking modern science and ancient Indian wisdom has given phenomenal insights into the complex interlinkages of man and the universe.

A key implication of the Nobel Laureates’ work is the influence of time of drug administration and its impact on the treatment of ailments. According to The Guardian’s article, “There is some evidence that treatment of disease can be influenced by circadian rhythms too. People have reported that when you have surgery or when you have a drug can actually influence things. It’s still not clear, but there will almost certainly be some implications for the treatment of disease too.” Taking a look at our Ayurvedic principles will help to understand the unresolved implications better.

Ayurveda is an Indian system of medicine that helps individuals to attain perfect health by the proper balance of the three biological energies: Vata (energy that regulates movement), Pita (energy that regulates transformation) and Kapha (energy that regulates sustenance), which in turn are balanced by the fundamental elements namely air, water, fire, earth and space. One way of achieving this balance is through consuming foods that naturally grow in a particular season thereby being in attunement with our surrounding. For example Ayurveda talks of Bhaishajya Kaala, which refers to the appropriate time for administering the Aushada (medicine). For instance, Kapha dominates the one-third of the day and it is advised that medicines are to be taken in an empty stomach when excessive Kapha (Kapha udreka) has reduced.

To quote Sir Paul Nurse, 2001 Laureate “All plant and also animal behaviour is determined by the light-dark cycle. We on this planet are slaves to the sun.”  This year’s Nobel Prize work reinforces the synchronicity between the human system and solar cycles.

The connection of human system with the celestial events, including the movement of the sun and moon has been fundamental to the Indian thought process through the systematic science of Jyothisha. Daily activities were based on complex mathematical calculations that were condensed in the Panchanga. Sowing of seeds for agriculture, preparation and consumption of herbal decoctions and important stages of life were planned according to the planetary positions.

David Frawley in his book “Ayurvedic Astrology” has clearly mapped the linkages between human health and the effects of the planets on it. The book combines Vedic Astrology and Ayurvedic analysis, showing how planetary factors cause disease and how balancing factors can aid cure.

About the Nobel Prize work, the Independent says, “The work didn’t reveal any tips for regulating our own circadian rhythm or improving sleep, said experts. But it was a reminder of the importance of doing so…” This leaves the current research work at an important juncture. The medical community has better clarity on the physiological process associated with rhythmic dissonance but solutions need to be explored.