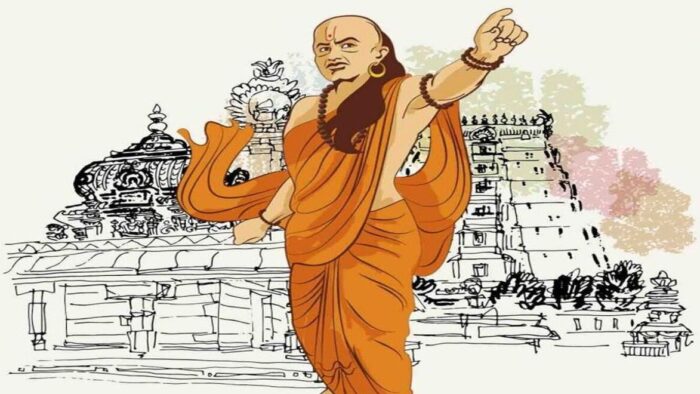 It is said that Kauṭilya would stop at nothing “to achieve his purpose”, for “he was unscrupulous enough.” [1] His text, the Arthaśāstra is touted as a treatise typifying politics devoid of principles, and reduced to a manual advocating cunning and deceitful means to gain power and enforce the order.

Is that really the case? And as Devdutt Pattnaik claims, did Kauṭilya really stray from the path of Rama and Krishna by subordinating dharma to artha? Or as Manu Pillai suggests, is Kauṭilya’s Arthaśāstra all about using violence and torture to enforce “order”? Read on!

1. The King Should be a Dharmapravartaka

Kauṭilya undoubtedly gives great primacy for artha. It is for the simple reason that in the absence of wealth and power that artha bestows, a king cannot accomplish any of his objectives; such a king would not be worth his name.

As Kauṭilya observes, all the activities of a state depend on the treasury. [2] However, for all the importance that he gives to artha, Kauṭilya wants his king to be a dharmapravartaka – one who champions dharma. [3]

Indeed, for Kauṭilya, protection of dharma is the raison d’etre of the state, and artha supplies the means for doing so. This is the basis for writing a whole śāstra dedicated to artha. As Kauṭilya states at the very end of the Arthaśāstra:

This śāstra fosters the attainment and preservation of dharma, artha, and kāma, and defeats adharma, anartha, and enmity. [4]

His advice for the king to provide a just and fair administration is unambiguous throughout the Arthaśāstra. For Kauṭilya, a king should never let familial love or political ambitions override dharma. The king, he writes, should never pass on the royal throne to an undisciplined prince who hates dharma and artha, even if he is his only son. [5]

On meting out punishments, Kauṭilya commands whether the offender is his own son or the enemy, the punishment should be in accordance with the offense without any bias. [6] Advising the king to be righteous, Kauṭilya writes that an unrighteous king will be deserted by his subjects even if he is powerful.

On the other hand, a righteous king, though weak, will be supported and followed by his people even in his downfall. [7] Kauṭilya even warns that a king who mistreats his people faces the wrath of Varuṇa devata, whom the Vedic tradition describes as the regulator of ṛta (cosmic moral order). [8]

That said, one can never overstate Kauṭilya’s emphasis on the king’s duty to selflessly labour for the greater good of his kingdom. He compares the administration of a king to the performance of a yajña (sacrificial offering):

For the king, the (sacrificial) vow is activity, sacrifice the administration of affairs; the sacrificial fee . . . is impartiality of behavior, (and) sacrificial initiation for him is the coronation. [10]

The king’s personal likes and dislikes have no say in the policies and actions of the state, he has to selflessly and actively strive to make the subjects prosperous and become lokapriya (one who is loved by the people). [11]

That being the case, he should not “give room to such causes as would bring about impoverishment, greed, or disaffection among his people. If, however, they appear, he should immediately counter them. [12] By doing what does the king incite his subjects? Kauṭilya gives a lengthy list:

The zeal to portray Kauṭilya as a cold-blooded strategist has eclipsed his humane approach to governance. Rarely would one know that he calls for providing ‘the orphans, the aged, the infirm, the afflicted, and the helpless with maintenance’ and supporting the ‘helpless women when they are carrying and also to the children they give birth to.’ [14]

Kauṭilya would want his king to be ever mindful of the fact that he exists for serving the people, not to enjoy the power and privileges that come due to his position.

Daṇḍa, literally rod or staff, is the symbol of royal sovereignty. Among other things it represents the power to punish; daṇḍa is thus translated as punishment and daṇḍanīti as rule by force/punishment. Manu Pillai in his instructively titled articles: Keeping order with Violence and Violence as a way of life interprets daṇḍanīti in the same way.

He gives an account of horrifying punishments listed in the Arthaśāstra and writes that Kauṭilya “wholeheartedly recommended” punishments. He also notes that as per the historian Upinder Singh, Kauṭilya “condoned torture as a means of interrogation”.

Drawing a false equivalence between the use of violence by the British colonizers and that mentioned in Arthaśāstra, he argues that “long before the British started blowing people out of cannons” Indians “had already popularized” the method of using violence “to cement authority and maintain order.”

He concludes with the following quote from Manusmṛti about daṇḍanīti: “Punishment alone governs all beings, punishment alone protects them, punishment watches over them while they sleep…. The whole world is kept in order by punishment, for a guiltless man is hard to find.”

All this suggests that Arthaśāstra and daṇḍanīti are all about inflicting violence to maintain order and secure power. However, Kauṭilya was against wanton use of punishments and torture.

Kauṭilya clearly states that he has listed the painful punishments mentioned in the works of previous masters, but the dharma is to use simple punishments on the “offenders who have not been cruel”.[16]

Further, Kauṭilya advises caution in the use of torture, lest the fear of pain might drive an innocent to confess to the crimes even though he has not committed them. Kauṭilya even gives a list of people who should not be tortured, [17] and also mentions penance for awarding wrong punishments. [18]

As seen in the opening quote of the section, Kauṭilya defines daṇḍanīti as the means for fostering and protecting knowledge and creating, augmenting, and distributing wealth.

Thus understanding it as merely a means to inflict violence or induce fear in the subjects is against his philosophy. Remember, the king has to gain legitimacy by winning the love of his people by doing good to them and not by terrorizing them through punishments.

The daṇḍa signifies the Royal authority and responsibility of a king to carry out the tasks that ensure the progress of his kingdom. Punishment is just one of the forms of daṇḍanīti needed to prevent the fate of matsyanyāya.

A king who understands this will act wisely. He will avoid the extremes of severity and mildness in employing the daṇḍa and ensures the wellbeing of his subjects:

When the king applies daṇḍa wisely, it enjoins his subjects to dharma, artha, and kāma, else if he applies it with ill-intentions born of passion, hatred, or contempt, it angers even the ascetics, not to mention the householders. [19]

Kauṭilya wants his vijigīṣu to be a dharma vijayin. Contrary to popular perception, the Arthaśāstra calls for moral considerations even in war. For instance, after conquering a fort, the king should give abhaya (freedom from fear) to those who have fallen, trying to escape, without weapons, disfigured. [21]

Further, the king should not mindlessly plunder other kingdoms. Only the gains obtained by a dhārmika king from an adhārmika are pleasing to both his own subjects and others. On the other hand, gains seized from a dhārmika enrage everyone. [22]

As to the local customs and practices of a conquered territory, the king should show respect for the “festivals in honor of deities of the country, festive gatherings, and sportive amusements.” [25] He should also honor “all deities and hermitages, and make grants of land, money, and exemptions to men distinguished in learning, speech, and piety, order the release of all prisoners and render help to the distressed, the orphans and the afflicted”. [26]

The intrigues and deceitful tactics, which are made to be the only ideas worth knowing from the Arthaśāstra, definitely have an important role in Kauṭilya’s strategies. However, he presents them as unprecedented measures, to be applied when “politically correct” means cannot ensure justice. More importantly, Kauṭilya commands that such tactics should be used only against “dūshyas” (tainted) and “adhārmikas” (unrighteous); honest subjects should never be targeted by such tactics. [27]

The more we understand Kauṭilya and compare it with the way he has been portrayed, the more we get that not just the devil but also “God is in the details.” After all, the objective of Kauṭilyan policy is not to drag the Kingdom into unnecessary trouble to satisfy the king’s greed for power but to make the kingdom prosperous and provide an atmosphere to enjoy that prosperity.

As shown in the essay, Kauṭilya advises the king to place the interests of his subjects above his own, to make them prosperous, impartially deliver justice, and never misuse his power. In other words, the king should not give his subjects any reason to be disappointed with him. It is not by resorting to cunning strategies or brute force but through selfless and dedicated service that the king wins the love of his subjects, and secures his royal seat:

The king, himself possessed of Vidya and Vinaya, and invested in fostering Vinaya in the subjects, will uninterruptedly rule over the earth, being devoted to the welfare of all beings. [28] 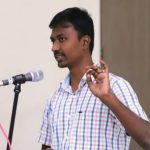 Vinay is a Research Associate with Rashtram School of Public Leadership. He has done a Master's in Samskrit from Chinmaya Vishwavidyapeeth.