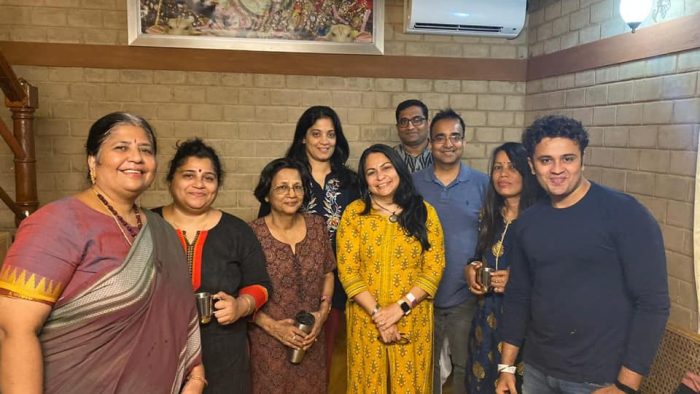 (We at Indic, take this opportunity to congratulate Dr. Meenakshi Jain on receiving ‘Padma Shri’, the fourth highest Indian civilian award, after  Bharat Ratna, Padma Vibhushan, and Padma Bhushan, on 26th January, 2020. We also express our gratitude to Dr. Jain for facilitating a better understanding of our heritage, culture, and traditions through her writings. Indic Academy had organized a ‘Weekend with Wisdom‘ with Dr. Jain. Shefali Vaidya had earlier written about the experiences and learning at this WWW . Here is another brief essay by M. C. Vaijayanthi.)

The gyan parampara of this land, the knowledge traditions have survived for centuries thanks to the generosity of scholar-teachers. Dr. Meenakshi Jain is undoubtedly one such who over three days gave us as much as she could, her findings, resources, primary sources to read, ideas to pursue. I was privileged to have been there, and can only thank my destiny beyond thanking Indic Academy for having organized, thought about a unique programme like the Weekend with Wisdom.

I have been tempted to apply for two of the programmes that were planned in Mumbai, but held myself back, because I wasn’t sure of myself, whether I deserved to be there. Dr. Jain’s programme, I thought I would miss because I was getting ready for the Yatra conference the following week at Varanasi.

But, my luck, I wake up on a Sunday morning, typically lethargic, and see a message in our group about two last minute cancellations. I thought, I can’t miss such an opportunity, to meet the author of ‘Ram and Ayodhya’ just a day after the historic court verdict. ‘Ram and Ayodhya’, ‘Sati’, and the ‘Flight of Deities’ have made a great impact on me and I was too eager to hear from her, the journey, the hurdles, and the drive behind taking up subjects and come up with findings that the so called “mainstream” wouldn’t take to kindly. 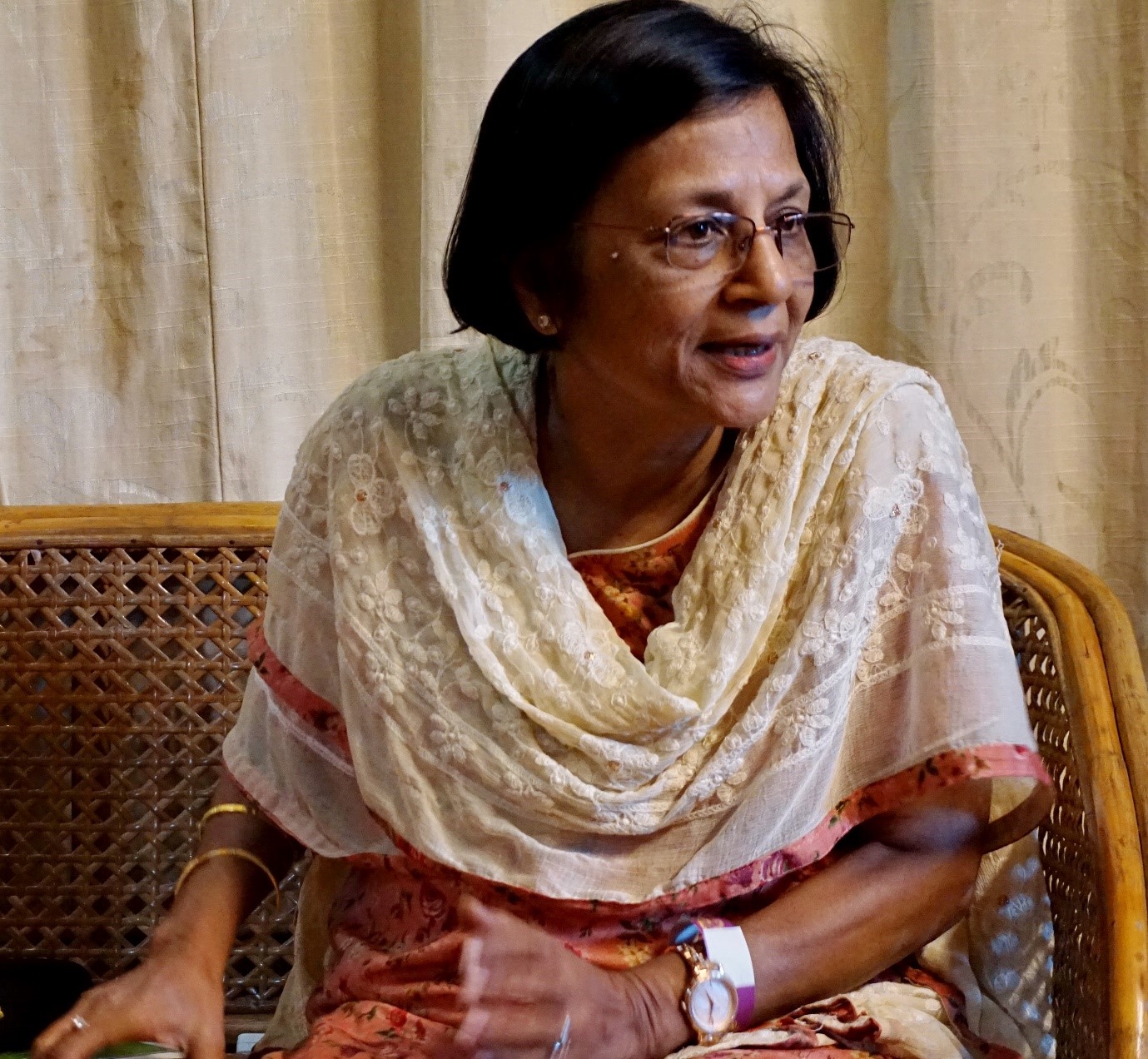 I was in such a great hurry not to miss the programme, that I managed to reach the venue first. It was a hot, muggy afternoon, and despite the green environs of Govardhan Eco Village, the heat was palpable. But, the moment Dr. Jain arrived along with other students, the atmosphere was charged. She set the weekend rolling soon enough, there is no time to waste, to get on to the lunch straightaway, and plan the day, and next two on the lunch table.

I have been interested in Mathura for long, and can’t wait for the book she is working on to come out. But, she gave us glimpses of what to expect, she shared what she is working on, including references even as she is compiling them.

I have attended many lectures, especially by scholars from overseas universities, including paid lectures, hardly ever would they reveal all that their research covers. Here she was plunging into the topic directly, giving us the details of plunder of Mathura much before the times of Aurangazeb, the chronology of destruction and reconstruction.

For many of us who feel skeptical about what is the use of rewriting history, the answer lies in her unequivocal assertion that this is a civilization that was under assault for hundreds of years, and every time it was attacked, it put up a brave fight, rebuilt, and thought of ever so many novel ways of resistance.

She had come ready with print outs, bibliography, references to support each one of the truths that haven’t seen much of the light in the years when history was written with prejudice, to malign, to willfully distort.

What were the key takeaways – for me taking up from her ‘Flight of Deities’ it is the story of strong connection we have had with our deities. When we see the broken temples, ruins, damaged murtis, the immediate thought is that our ancestors abandoned them, did not protect them from the assault.

She expects us to carry the stories to a larger audience, in whatever little ways we can. It is a guru’s instructions, and as shishyas our duty to carry out. Take for instance the flight of this deity from the temple in Mathura built by Raja Mansingh.

When the deity had to be protected, the devotees thought it would be best to take it to Rajasthan, where Mansingh’s successors ruled. It was a long journey, and how did the devotees plan it. They sent a word to the ruler in Rajasthan of the deity’s journey. Arrangements were made in towns and villages en route, and everywhere the deity stayed structures were erected, pujas offered.

All those structures stand testimony today to that flight. Locals didn’t abandon those structures, they put new deities there, and have converted them into shrines. Such is the devotion, and a what a story to be inspired, to charge ourselves towards preservation of that culture, that perseverance and determination to protect dharma!

Second lesson is on the need to rewrite history. Didn’t we all wake up to what happened during NDA-I, the noise about rewriting history, and overturning of what little was attempted once UPA returned to power? We did read Arun Shourie’s ‘Eminent Historians: Their Technology, Their Line, Their Fraud’ and we also did read in Dr. Jain’s book on how the so-called historians and archaeologists stood fully exposed in their fraud deposing in the Ram Janmabhoomi case.

Emeritus scholars chose to write high school text books, chose to remove the idea of history chronologically narrated, said Dr. Jain. How long can that continue. The distortion that started in 1969 has to end. To change the text books may not be in our hands. But, we can carry the story of distortions, we can in our own small way start a mission to keep telling history from Indian, Indic perspective.  Dr. Jain has, over a weekend, shown us the path, helped us with references, time to go out and act on them.