IS ADI SHANKARA A ROLE MODEL FOR MODERN HINDUS? 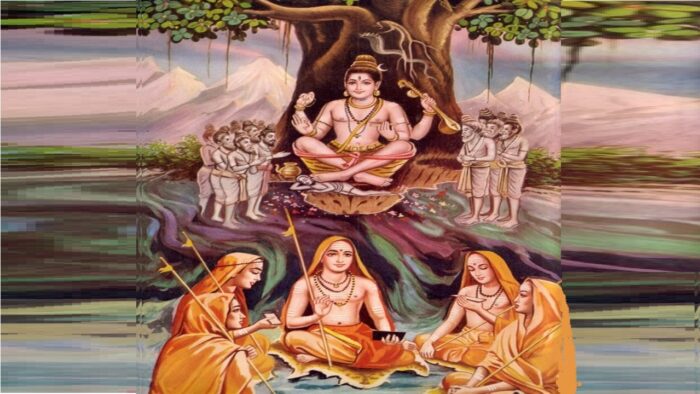 Bhagavadpada Acharya Adi Shankara was not only a great Advaita Vedanta teacher, he was also a champion of Hinduism or ‘Sanatana Dharma’, the world’s oldest living religion.

Many practices and institutions that exist in Hinduism today are a result of the efforts of Adi Shankara. Usually people have this wrong notion that the name Adi Shankara is limited to a philosophy called ‘Advaita Vedanta’. But his contribution to the different sects in Hinduism is stupendous and magnificent.

Adi Shankara established the doctrine of Advaita Vedanta quoting teachings from the Vedas and other Hindu scriptures. A large portion of his work is polemical in nature. He directs his polemics mostly against the Sankhya, Buddha, Jaina, Vaisheshika and Yoga philosophies to establish the oneness of the individual and Brahman. Advaita Vedanta is a school of thought which establishes that everything in this universe, including the individual, is Brahaman.

The teachings of Adi Shankara can be summed up in this verse (Vivekachudamani Verse 20) : “Brahma Satyam, Jagan Mithya Jivo Brahmaiva Na Aparah’’ – Brahman (The Absolute) is alone real; This world is unreal; and the Jiva or the individual soul is non-different from Brahman. This is the quintessence of Advaita Vedanta, the philosophy he wanted to establish.

Adi Shankara was a shining light who illuminated the land of Bharath with his life and teachings. His teachings are as relevant today as they were in 8th CE.  He united Hindus through a structural and institutional set up.

He created elaborate mechanisms for selection of spiritual leaders into acceptable pontifical seats and also codified their roles and responsibilities which are being followed even today. He is the first ever person who lucidly explained various aspects of Vedic philosophy to the diverse audience.

Many of the religious institutions he set up are working for the protection and promotion of Hinduism to this day. The stotras he composes are chanted in many homes and temples and the texts he wrote are helping many understand the absolute truth of Brahman and attain liberation.

(Editor’s Note: In this series, we are publishing the essays of the winners – in no particular order – of ‘Jagadaguru Adi Shankaracharya Essay Competition’ organized by Indica Moksha as part of the Global Festival of Oneness 2022. Today’s Essay is by Shri. R. Manjunath)